Castex appeals to the Cese on employment, the environment and democratic commitment 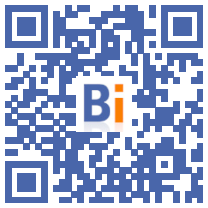 Jean Castex, speaking Tuesday before a renewed Economic, Social and Environmental Council (Cese), seized this assembly on subjects of attractiveness of certain professions, democratic engagement of young people and acceptability for the population of environmental projects .

Four months after the start of the new term of office of the Cese, the Prime Minister assured to want to "consolidate" the place of the Council "in the decision-making process", thus responding to the request of President Thierry Beaudet not to be only requested "when games are made".

"I hope that the government and the Parliament consult as often as possible (...) the Council and its members, and rely more on their recommendations", insisted Mr. Castex during a speech at the Palais d'Iéna .

The Prime Minister therefore entrusted three missions to the Cese, whose composition was tightened to 175 members (against 233 previously) by the organic law of January 15, and renovated, with 52 representatives of employees, 52 from the business world, 45 from associations and 26 for the protection of nature and the environment.

While the government must by the end of the month present an investment plan in skills, in order to try to respond to the shortage of recruitments in certain sectors such as construction or hotels and restaurants, Mr. Castex called the Cese to think about "structural brakes (...) which go beyond the only questions of the functioning of the labor market".

The Prime Minister mentioned in particular issues related to "housing, mobility, health, the family dimension or even territorial disparities in the location of activities". Likewise, the Cese is asked to look into "guidance for young people" who are turning away from certain professions.

On these points, the Council's opinion is hoped for "if possible before the end of the year".

Second project, "the participation of young people in democratic life", drawing the observation that "87% of 18-24 year olds did not go to the polls for the first round of the last departmental and regional elections".

Mr. Castex therefore asked the Cese to study "by next summer" the evolution of forms of youth engagement and therefore awaits avenues "to strengthen the coherence of our public policies in this area" and "encourage civic engagement and electoral participation".

Finally, the Prime Minister seized the third chamber of the Republic on the improvement of the "acceptability" of environmental infrastructure projects which "on the ground (...) are indeed very often contested by the populations most directly concerned ".

From wind farms to methanizers, "we want more renewable energy, but not close to home," summed up the Prime Minister.