Castex as a reindustrialization messenger at the Global Industrie trade fair 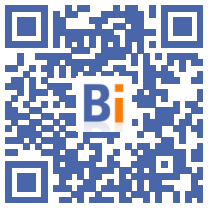 Relaunch the industry on French territory, encourage learning, but above all prepare the advent of batteries, hydrogen, and the "decarbonization" of the economy: Jean Castex tried Monday to galvanize an audience of entrepreneurs in view of the "fifth industrial revolution in our history".

Eight months before the presidential election, where unemployment and employment remain essential subjects, the Prime Minister made two ringing and stumbling announcements during the Global Industrie fair which opened in Lyon and will last until the end. of the week.

First, the six-month extension until June 2021 of aid from the France Relance plan for apprenticeship, then the addition of 150 million euros to the "Territories of industry" program which allows public aid for relaunching activities in the basins most affected by restructuring.

"2,6 million young people in total have benefited from aid from the recovery plan", launched Mr. Castex, with in particular "more than 500.000 apprenticeship or work-study contracts signed by companies, a historic record".

Even if the word reindustrialization is among the keywords of the next campaign, the Prime Minister admitted the state of "deindustrialisation" in which the country finds itself, revealed by the pandemic.

His Minister of Industry, Agnès Pannier-Runacher, whom he had the audience applauded, spoke out for "a shock of reindustrialisation".

"We have reduced the CO40 footprint of industry by 2% in recent years in France, but mainly by deindustrialising: we have increased our overall carbon footprint since we are massively importing goods," lamented Ms. Pannier-Runacher.

While waiting for the future investment plan announced for "in October", the government is using the show, one of the first to resume face-to-face, to praise the effect of its recovery plan, launched just a year ago. .

Nearly half of the 100 billion euros - of which 40% financed by the European Union - to stem the Covid crisis has been "committed", and 70% will be by the end of the year, a assured the Prime Minister.

One in three industrial companies in France has had a funded project, summarized Ms. Pannier-Runacher, with 35 billion for industry.

"Coming out of 30 years of deindustrialization"

Projects have sprung up all over the place, selected by local commissions led by regional prefects: digitization of SMEs, modernization of agri-food or wood construction companies, targeted aid to those in the aeronautics and construction industries. automotive to diversify into low-carbon mobility or improve their recycling rate for metals and materials.

But it will take a long time to "get out of 30 years of deindustrialization" (...), "repay the debts" of the crisis and "regain an investment capacity".

He calls for the continuation of the reduction in production taxes, an accentuation of administrative simplification for companies, or even clear support for nuclear power to decarbonize industry.

"We realized the vulnerability of our value chains during the pandemic, we will not be able to relocate everything but we must do everything to bring the activity back to French, even European soil," Christel Bories told AFP , CEO of the Eramet mining group, and member of the CNI.

"We cannot remain dependent on countries which can close their borders at any time," she adds.

Since last year, 553 relocation projects have been supported by France Relance, from the installation of an Aigle boots factory in the Nièvre, to a rare earths start-up in Lyon.

The Prime Minister goes Monday afternoon to a Seqens factory manufacturing the active principle of paracetamol, in Roussillon in Isère. France realized with dismay during the pandemic that it imported almost all of its paracetamol.