Casino to sell control of its energy subsidiary GreenYellow to Ardian 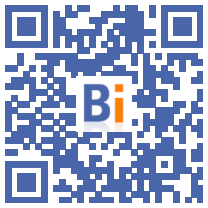 600 million euros: this is what the Casino distribution group expects to reap thanks to the sale of a majority stake in its subsidiary dedicated to the production of renewable energy GreenYellow, which the management company Ardian has committed to redeem before the end of the year.

Ardian will become the majority shareholder of the company specializing in energy by the end of 2022: the fund signed an agreement to this effect with Casino, the investment company Tikehau Capital and the public bank Bpifrance which, in October 2018 , had together acquired 24% of the capital of GreenYellow for a total of 150 million euros.

Mathieu Badjeck, co-manager of Tikehau Capital's energy transition fund, congratulated AFP on a "very good operation for us and for all the parties around the table". He specified that the fund had initially invested 100 million euros and the Bpi 50 in GreenYellow, "a pioneer player in the energy transition". "It was true 3 or 4 years ago, it is all the more true today".

Tikehau, which later specified having pocketed 1,9 times its bet, retains a minority stake in Greenyellow, as do Bpifrance and Casino. The CEO of the distribution group, Jean-Charles Naouri, said Thursday that he wanted to remain "sustainably associated with the creation of company value".

Created in 2007 by Casino, GreenYellow sells its customers the possibility of "reducing their energy consumption and their carbon impact", via the installation of solar panels, as well as "energy performance contracts" and services such as advice or l purchase of energy.

His name has been in the news recently in the context of the supply of gas to individuals, an activity targeted by a group action led by Consumption Housing Living Environment (CLCV). The consumer defense association accuses the company of "misleading practices" to push its customers to give up an advantageous fixed tariff offer in a context of high inflation in the cost of energy.

Casino hopes to receive 600 million euros from the sale, which will be part of its vast plan to sell assets of 4,5 billion euros, initiated in July 2018 and whose deadline, initially set for March 2021 , has been pushed back to "no later than the end of 2023".

The disposal plan is part of the safeguard plan for Casino's parent company, Rallye, and its cascade of holding companies (Foncière Euris, Finatis and Euris), which are heavily indebted. Decided in February 2020 by the Paris Commercial Court, it provides for the reimbursement of creditors via the return of dividends from Casino to its holding companies, as well as the sale of "non-strategic" assets.

More marginally, the Saint-Etienne distributor says it has 27 million euros in "various transfers secured or under promises", citing Sarenza and real estate transactions.

The group specializing in ready-to-wear Beaumanoir announced the same day that it had entered into exclusive negotiations with Monoprix, a sign of the Casino group, for the acquisition of the e-merchant Sarenza. The potential amount of the transaction was not disclosed.

At the end of the sale of GreenYellow, Casino says it must still sell 500 million euros in assets, without specifying which ones. It notably owns the CDiscount e-commerce site, the Monoprix, Franprix, Géant and Naturalia brands, as well as Asai and Pao de Acucar in Latin America.

In the meantime, Casino increased its net loss in the first half of 2022, by 24,5% to 259 million euros, despite rising turnover and slightly above expectations, at 15,9 billion euros. The group benefits in particular from the return of tourists to the Paris region, where it is strongly established through its Monoprix or Franprix brands.

It has lost almost half of its valuation since the start of the year. At the start of 2020, before the outbreak of the Covid-19 epidemic, the share was still trading at around 40 euros.