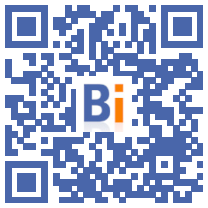 The Casino distribution group, engaged for several years in a vast disposal plan to deleverage its controlling companies, confirmed on Monday that it had put its subsidiary dedicated to the production of renewable energy GreenYellow up for sale.

The Casino distribution group, engaged for several years in a vast disposal plan to deleverage its controlling companies, confirmed on Monday that it had put its subsidiary dedicated to the production of renewable energy GreenYellow up for sale.

In a press release on Monday, the group confirmed "having launched a process to sell GreenYellow with a view to a potential operation by the end of the year", but said it had not received "any binding offer" to date. In addition, "no final decision has been made on this project".

This communication follows the publications of several media, including Le Figaro and Les Echos, which specified in particular that TotalEnergies or Engie could be interested, and that Casino was hoping for 1,5 billion euros from the sale.

The information was well received by the markets since the action of Casino appreciated by more than 5,5% Monday at midday, to more than 19 euros. Since the beginning of the year, however, Casino has lost more than 18% of its stock market value.

TotalEnergies and Engie, questioned by AFP, did not wish to comment on "market rumours", any more than the investment fund Tikehau Capital, which had taken in October 2018 alongside the public bank Bpifrance 24% of the capital of GreenYellow in exchange for 150 million euros.

For businesses and communities

Created in 2007 by Casino, GreenYellow sells its customers the possibility of "reducing their energy consumption and their carbon impact", via the installation of solar panels, "energy performance contracts" and "various services" such as advice or purchase of energy.

In the Casino Group's financial communication, GreenYellow is presented as a "B2B" company, addressing companies and communities in the 16 countries where it is present, with a "total power installed or under construction" of 740 MW at the end of 2021.

His name has been in the news recently in the context of the supply of gas to individuals, an activity which is targeted by a group action led by the consumer defense association Consumption Housing Living Environment (CLCV).

The latter accuses the company of "misleading practices" to push its customers to give up an advantageous fixed tariff offer in a context of high inflation in the cost of energy. The group wishes to put an end to this activity but indicated at the beginning of April that "to date", "no date for the cessation of our gas supply activity has been fixed in agreement with the competent authorities".

The Casino group is in any case seeking to sell for at least another 1,3 billion euros of assets, as part of a vast disposal plan of 4,5 billion launched in July 2018 and whose expiry, initially scheduled for March 2021, has been postponed due to the Covid-19 epidemic. Casino now intends to complete it "no later than the end of 2023".

Until now, the group had always refrained from indicating which of its assets could be sold. In addition to GreenYellow, it owns the e-commerce site CDiscount, or the Monoprix, Franprix, Géant, Naturalia brands, as well as Asai or Pao de Acucar in Latin America...

The disposal plan is part of the safeguard plan for Casino's parent company, Rallye, and its cascade of holding companies (Foncière Euris, Finatis and Euris), which are heavily indebted. Decided in February 2020 by the Commercial Court of Paris, it provides for the reimbursement of creditors via the return of dividends from Casino to its holding companies, as well as the sale of these "non-strategic" assets.

A two-year postponement of the repayment schedule was granted in October 2021, due to Covid-19, and a major debt repayment deadline will no longer occur in February 2023 but in 2025.

In the meantime, Casino's commercial activity is suffering with declining sales, particularly in France, where they settled in 2021 at 14 billion euros (-7,5%), out of a total of 30,5 billion. euros.

Chance of the calendar, Casino's communication on GreenYellow on Monday comes as the media specializing in LSA distribution details the latest panel of French market shares established for the period March 21-April 17 by Kantar.