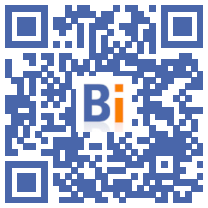 The carbon market reform project reached a key stage in the European Parliament on Tuesday, May 17, when a committee voted in favor of its extension to transport and construction and an acceleration of the timetable for a carbon tax at the borders of the EU. EU.

The Environment Committee has spoken on several texts of the roadmap proposed in July 2021 by the European Commission ("Fit for 55") to reduce gas emissions by at least 55% by 2030 compared to 1990 greenhouse effect of the EU.

The positions adopted by the Environment Committee will still have to be approved in plenary session at the beginning of June, before negotiations begin with the States to finalize the texts.

Currently, the European carbon market, where since 2005 the "pollution permits" that certain sectors have to buy (industry, energy) have been exchanged, represents only 40% of the emissions of the Twenty-Seven.

The MEPs of the commission approved the extension of the carbon market to transport and construction by limiting it to professionals (truck drivers, office buildings), from 2025, according to a press release from Parliament.

Individuals (cars, housing) should be excluded until 2029, so as not to weigh on households, against a backdrop of soaring energy prices.

They will possibly be concerned after "a rigorous evaluation" by the European Commission followed by a new legislative proposal which will have to be the subject of an agreement between the Parliament and the Council, according to the same source.

MEPs also agreed to accelerate the inclusion of maritime transport from 2024 (the European Commission proposed 2027).

For the parliamentary committee, the "carbon border adjustment", which makes it possible to impose European climate constraints on imported products, would apply "completely" in 2030, "i.e. 5 years earlier" than what is proposed. by the Brussels executive, underlines the press release.

In order to respect the principles of the World Trade Organization (WTO), they are in favor of the complete elimination from 2030 of the free quotas offered in the EU to European industrialists, as imports of polluting sectors (steel , aluminium, cement, fertiliser, electricity) based on the price of CO2.

This accelerated schedule should be fiercely negotiated with the States, careful not to destabilize the competitiveness of European industry.

This carbon tax would also be extended to products other than those proposed by the Commission, such as aluminium, hydrogen, organic chemicals and polymers.