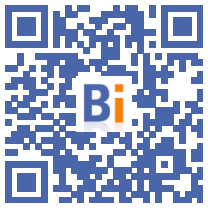 The Lyon developer Capelli has announced that it has retained among its priority areas of development the transformation of offices into housing, a sector in which it has just distinguished itself by becoming the winner of the "Réinventer Paris" call for projects.

Capelli was chosen by the Parisian municipality to create around 70 housing units in a former Renault garage dating from 1954 and located in the 15th arrondissement.

This type of activity guarantees the group "a strong generation of turnover and margin", even if it requires "significant financial vouchers", noted the group, on the occasion of the publication of its turnover. annual business.

Capelli has estimated the revenue that can be expected from the Paris project, which should be delivered in the second half of 2024, at 130 million euros.

The other strategic development axis chosen by the group is real estate in Luxembourg, a country where it already has a strong presence.

During its financial year ended at the end of March, the group owned by the eponymous family achieved a turnover of 280,5 million euros, up 39%.

The activity jumped in France (+ 66%, to 232,8 million), while it marked time internationally (-22%, to 47,7 million), according to a statement from the company which forecasts a further increase in sales this year by 20%.

Capelli also announces the upcoming issue of "green" bonds intended to finance its construction projects for "sustainable buildings, having a positive impact on the environment and the climate".