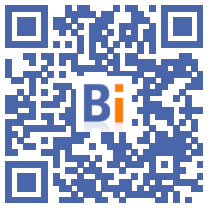 The authorities have launched a call for applications for a floating wind farm off the coast of southern Brittany, which is to be the first of its kind in France.

The Energy Regulatory Commission (CRE) has published on its website a call for applications from companies open until July 1.

"The object of the project is the construction and operation of a floating wind farm with an installed capacity of between 230 and 270MW", in an area "located in the south of Brittany, off Belle-Île and the 'Isle of Groix ", indicates CRE.

The Minister for the Ecological Transition, Barbara Pompili, had declared in January that it would even be "the first commercial park of floating wind turbines in Europe".

The minister has yet to give indications on the more precise area that will be concerned.

Floating wind turbines, which are the subject of pilot sites at this stage, can be set up regardless of the depth, in particular far from the coast.

The future park "will represent a crucial stage for the further development of wind power," France Wind Energy said in a press release.

"This is the first commercial call for tenders for floating wind turbines of this size in France and around the world," said industry manufacturers.

Contacted by AFP, the mayor of Groix Joseph Yvon (SE) said he was not "hostile in principle to the project".

"The problem is that we want to know where it will be located, but during the meetings, in Groix or on the continent, we never knew where the State wanted to install the wind turbines. As long as we do not know it. It is difficult to have a fixed position, ”explained the mayor of Groix, which has 2.360 inhabitants.

Asked about possible opposition to this project, Mr. Yvon replied that "you had to know what you wanted".

"We need power in Brittany! Some wanted a nuclear power station, it was failed, we wanted gas power stations, everyone agreed but not on their territory, wind power yes but not at home ... We will have to find a substitution for fossil fuels, "he said.

Eric Guillot, co-president of the Federation "Guardians of the large", "union of associations against any offshore project for the installation of wind turbines, from near or far", fears negative impacts from a point of view " visual and environmental ". "We are in favor of the energy transition and renewable energies, but not under any conditions and at any price," he told AFP.