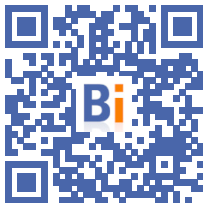 The diocese of Paris has launched a call for funds, to the tune of 5 to 6 million euros, to finance the interior fittings of Notre-Dame de Paris, which are not covered by the national subscription dedicated to its restoration.

Mgr Michel Aupetit, Archbishop of Paris, explained that he wanted to "bring the cathedral into the XNUMXst century, while maintaining the preservation of its own identity, in the spirit of Christian Tradition".

The collection of the "Cathedral Fund" carried out under the aegis of the Notre-Dame Foundation, will henceforth be devoted to this objective: a vast program of interior fittings which "requires a new fundraising evaluated for at least 5 to 6 million euros. ".

Among the artists selected, several will donate their creation. Sponsorship will be sought. The American foundation "Friends of Notre Dame de Paris" will support this campaign.

The Notre-Dame Foundation, chosen after the fire in April 2019 as one of the four foundations authorized to receive funds from the national subscription, has already raised 85,8 million euros out of a total of 267,7 million euros of gifts that were promised to him. More than 800 million euros in donations and pledges were collected in total for the work on the monument seriously damaged by the fire of April 15, 2019.

As of June 10, 85,8 MEUR in donations have been collected by the Notre Dame Foundation. The total of donation commitments to be received amounts to EUR 267,7 million.

The interior design program is entirely the responsibility of the assignee, the Church. The work will aim in particular to offer a new visit route to the six million faithful, pilgrims and annual tourists.

The projects cover, among other things, furniture, lighting, sound, an extension of the choir organ.

After a phase of several months devoted to the consolidation of the building, the actual restoration work will start after the summer.