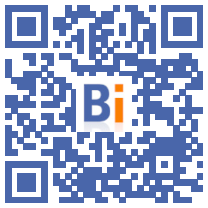 A call for donations has been launched to restore and reopen the Grand Rocher of the Paris Zoological Park, an emblematic building of the site built in 1934, we learned Thursday from the National Museum of Natural History.

Standing 65 meters high in the middle of the zoo bordering the Bois de Vincennes, this concrete cathedral was closed to the public in 1982, due to "wear and tear". After renovation work, the building was accessible again between 1997 and 2008.

The entire zoo was then closed for a complete redevelopment, and when it reopened in 2014, the Grand Rocher remained closed for security reasons, said in a press release the National Museum of Natural History, to which the zoological park belongs.

The donation campaign aims to raise 100.000 euros to, initially, rehabilitate the ground floor. The work, the cost of which is estimated at up to 900.000 euros, could begin "as early as summer 2022, with a possible opening of the ground floor by the second half of 2023".

The place could then become a space for visitors, hosting exhibitions or other events.

Designed by architect Charles Letrosne in 1934 at the same time as the site was created, the monument houses a water tower that feeds the ponds. It consists of a metal frame covered with shotcrete.

One could initially reach its top by stairs or an elevator.