Calder, Villanueva, the devil and his chair 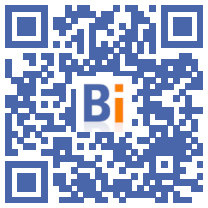 The American sculptor Alexander Calder and the Venezuelan architect Carlos Raul Villanueva jointly signed the Aula Magna, the great concert hall of the Central University of Venezuela, a magical work that is at the origin of a great friendship between the two men but also ... from the "devil's chair".

It is the Spaniard Josep Lluis Sert, author in particular of the Miro Foundation in Barcelona, ​​who "made possible the meeting" between the two men in 1952, in the studio of the American sculptor in Connecticut, explains to AFP the daughter of the architect, Paulina Villanueva.

Specializing in public buildings in Venezuela, Carlos Raul Villanueva hopes to convince Calder to be one of the artists who, like Arp, Leger or Vasarely, will appear on the esplanades of the University, now a UNESCO World Heritage Site.

“When my father shows the plans for the university, Calder is amazed, but he says it is too ambitious a project. That if he (Villanueva) succeeds in making it happen, he is not a man, but a devil! ”says Paulina.

"Calder agrees to participate. At first, he was planned to be one of the artists in the covered square. Calder says + No +, he wants to be inside. From this decision are born + The clouds + of the Aula Magna" , she says.

Three years later, Calder is in Caracas, for his only trip to Venezuela. The Aula magna is finished and Calder discovers it: "He is amazed. From that moment, he always called my father the devil," says Paulina.

During his stay, Calder worked in a workshop and made a chair typical of his work, which he called the "devil's chair" to offer it to his friend.

It is still in Villa Caoma, Villanueva's personal residence that he made himself. "There is not an architect who has come to this house and who has not sat there!", Laughs Paulina Villanueva, herself installed on the work with the large black wings.

The two men then maintained a regular correspondence until the death of the Venezuelan. In his letters, Calder always drew a devil or a devil's tail, Paulina points out. In the house, several sketches or signed words of "Sandy" (Calder's nickname) still hang on the walls.