Boat, cable car, tramway: projects to relieve congestion in the agglomeration of Nice 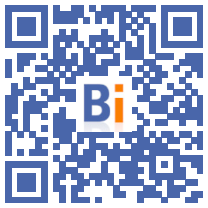 The agglomeration of Nice has voted for several projects to relieve traffic congestion, including a boat to reach Monaco from August, a cable car to the west by 2025 and an extension of the tramway to open up the sensitive area of ​​the Ariane by 2026.

The agglomeration, suffocated by the lack of public transport, wants to help halve its greenhouse gas emissions in less than ten years (-55% by 2030), according to the objective posted by Christian Estrosi, LR mayor of Nice and president of the Nice Côte d'Azur metropolis.

Faced with the daily saturation of trains and road access to Monaco where around 40.000 cross-border workers work, a maritime shuttle will be put into service in August and will operate in good weather in 35 minutes between Nice and Cap d'Ail, near Monaco, according to a deliberation adopted on April 9.

Nice will also have its cable car in 2025: an 800-meter line that will link it to the neighboring municipality of Saint-Laurent-du-Var in less than 3 minutes and with a frequency of 4 minutes, for a controversial estimated budget of 40 million euros. 'euros.

Compared to an extension of the T2 tram line, the cable car will make it possible to cross the Var without making a viaduct, therefore without requiring the construction of two pylons in the bed of the river, according to the deliberation on which the RN opposition has decided. abstained.

After much procrastination for years, the Metropolitan Council also approved the creation of a T5 tram line serving the Ariane by early 2026, a 140 million euro project eagerly awaited by residents who have repeatedly protested against the poor service to this popular district of more than 10.000 inhabitants and the refusal to bring the tram.

Connected to the city center, the tram will then go to La Trinité in 2027 and Drap in 2028 for an additional 200 million euros. "An important day, and I dare say historic", greeted the mayor of La Trinité, Ladislas Polski, evoking the axes of circulation "so often asphyxiated" and "the issue of equality between the territories".

The Ariane district is served by a bus line, formerly "Line 16", which gave its name to a lively participatory media since 2013. Main means of transport for those who do not have a car, the bus is crowded at rush hour and runs less often than the streetcar. In 2019, a citizens' march gathered around 200 people to protest.