Buy the walls of your home but not the land, the BRS an anti-speculation tool 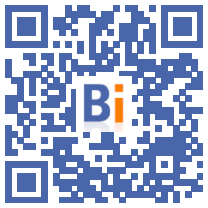 Buy an apartment or a house without owning the land and save up to 40% compared to the price of the private sector: the "real solidarity lease", says BRS, is experiencing a real craze in the midst of the housing crisis, five years after its launch.

"It's miraculous because it's 50% cheaper than in the private sector. I was not obsessed with the idea of ​​buying at all costs, but I already had a rent of more than 1.000 euros and I did not want to be a tenant for life without passing anything on to my children", continues this mother of two children, who borrowed over 15 years at the rate of 1.200 euros in monthly payments.

Resulting from the Alur law, the real solidarity lease involves the purchase of land by a solidarity land organization (OFS), a non-profit establishment approved by the State. The OFS then resells the building - new or renovated - to a low-income household in return for the payment of a fee for the duration of the lease, which can go up to 99 years. In Paris, a single person will have to earn less than 33.400 euros per year to benefit from it.

For the purchaser, the economy can reach 40%, or even more, compared to the private sector, according to the federation of Coop 'HLM.

At the end of the lease, the owner or his heirs can either resell with a controlled capital gain or keep the accommodation by signing a new long lease, always subject to means testing.

"We are not at all used to this model in France but the property is not fragile at all, we simply cannot speculate. It allows us to reach households that are totally excluded from home ownership. property so that they can live where they need it", observes Cécile Hagmann, general manager of the Coop 'Foncière, which aims to sell 1.000 housing units in BRS in Ile-de-France by 2030.

The device “continues to gain momentum”, assures Tristan Ruiz, from the firm Adequacy. "We went from 2.000 homes put up for sale at the end of 2021 to 3.300 in the first half of 2022", he observes, with an average selling price "at 2.690 euros / m2". Most of these accommodations are located in the most tense areas, "historically first in Brittany and New Aquitaine, but today we are seeing a refocusing on Ile-de-France and PACA", specifies M Ruiz.

Local authorities are particularly fond of the system and create their own OFS to avoid excluding the most modest social categories in cities. The private sector is also very interested.

"The land being dissociated from the building for sale, one of the risks is to have speculation on the land. Owners should not sell their land at a higher price, thinking that they will always find their client from then on. that we can make a BRS and smooth the price of land over 80 years", warns however Marianne Louis, general delegate of the Social Union for Housing (USH), which represents social landlords.

Initially designed to meet housing needs in tight areas with a supply of new housing, the BRS has also found its usefulness in certain rural areas, in the old.

This is the case in the Basque Country, where the local public land establishment has seized the tool to renovate unoccupied housing in town centers and bring back families who did not have the means to make the works.

According to Antoine Rousselie, deputy general manager of the Marseilles social landlord Erilia, the BRS also finds its usefulness on the coasts "in the face of the proliferation of second homes and seasonal rentals which crowd out the local populations", even if, according to him, "the 'to be used massively to have an effect, otherwise there is a risk of displacing speculation to another territory'.