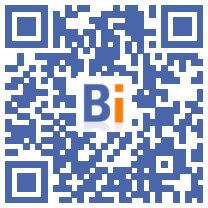 Former businessman Michel Coencas, 72, was sentenced Monday by the Marseille Criminal Court to four years in prison, a fine of one million euros and a definitive ban from managing.

The court specified that it left to a judge of application of sentences the care of a possible adjustment of this sentence, because of the state of health of the defendant.

"The importance of his criminal record, the importance of the sums embezzled and the multiple violations of his judicial control, do not allow to pronounce a stay with probation", indicated the president of the court Pierre Jeanjean.

Michel Coencas was found guilty of forgery and use, abuse of corporate assets and breach of trust for the embezzlement, in November 2006, of nearly 15 million euros, on the occasion of the sale of the Bertaud estate -Belieu, a 65 hectare wine property located in the Gulf of Saint-Tropez (Var).

This "bribe" had been cashed on the accounts of Lucien Selce, his partner. The two men were also found guilty of aggravated money laundering for a sum estimated by the judges at 7.219.993 euros.

Former banker Lucien Selce, 58, was given a three-year suspended prison sentence and a five-year ban from management. Today manager of his own assets that he had assessed in court at thirty million euros, Lucien Selce is confiscated a sum of nearly 6,5 million euros which had been seized on one of his accounts in Britain.

The court rejected the idea supported by the defendants that the sum transferred to Switzerland corresponded to the payment by the buyer, a wealthy Kazakh, of master paintings present in the Domaine Bertaud-Belieu.

The investigation had never found traces of the paintings of Picasso, Chagall, Miro, mentioned by MM. Coencas and Selce. For the court, the sum of nearly 15 million euros transferred to Switzerland therefore corresponds to a "hidden part of the sale price" of the domain.

At the head of a large industrial group employing 10.000 employees in the 1990s, former boss of French and Swiss football clubs including that of Valenciennes at the time of the VA-OM affair in 1993, Michel Coencas presented himself in June , in court, like a ruined and sick man.