Buildings in China overgrown with plants 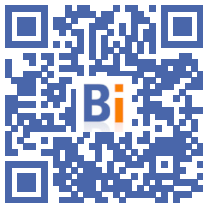 Residential buildings "vegetated" in southwest China, with lush plants on apartment balconies, find themselves overgrown with their own vegetation to the point of being shunned by their residents, according to state media.

The complex of eight experimental buildings was built in 2018 in the big city of Chengdu, capital of Sichuan province. At the time, the project was described as "a vertical forest".

Special feature: the apartments in this residential area, called "Qiyi Forest Garden", all have balconies where the vegetation is maximized, giving the buildings the appearance of a small jungle.

According to the property developer's website, all of the 826 apartments put up for sale found buyers very quickly in April 2018.

But videos shot at the beginning of September show buildings with neglected appearance, where vegetation seems to have literally invaded the place: a mini-forest extends over many balconies and on the exterior walls.

Some apartments seem occupied, with light inside, well-trimmed plants and furniture on the terrace. But the terraces of many others are covered by neglected vegetation.

Only a dozen families have moved into the neighborhood, according to the semi-official Global Times daily.

The low occupancy rate is believed to be due to the presence of numerous mosquitoes, which proliferate due to the vegetation, tenants told the newspaper.