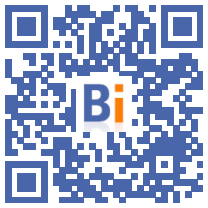 The Confederation of Building Craftsmen (Capeb) recorded a 3% increase in activity in the sector in the second quarter, but said it was "very concerned" about inflation and supply difficulties.

Growth in activity over one year had a comparable pace to the previous quarter, when it was 3,5%.

She was carried by new construction, which benefited from a spike in building permits before the entry into force of a stricter environmental standard; and by maintenance-renovation, driven by efforts to improve the energy performance of buildings.

On the other hand, the rise in the price of materials since the health crisis has damaged the accounts of the companies surveyed by the Capeb : 36% of them declared a deterioration of their margins, against 5% who saw them improve.

Similarly, 22% of them have seen their cash flow deteriorate against 8% stating that it has improved.

Four out of five reflected the price increases in their quotes in the second quarter.

"We call on the government to take the necessary measures to respond effectively to inflation, to the necessary price transparency and to the risk of recession in 2023", declared the president of Capeb, Jean-Christophe Repon. , in a press release.