Building craftsmen driven by renovation in an increasingly tense context 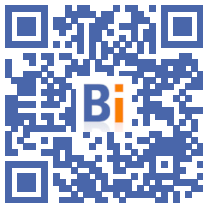 The activity of building craftsmen is still progressing but less and less quickly, more driven by renovation activity than by new construction, according to figures from their professional organization published on Wednesday 9 November.

In the third quarter, activity increased by 2% compared to the same period of 2021, according to estimates from the Confederation of Crafts and Small Building Companies (Capeb).

A slowdown compared to 3% in the second quarter and 3,5% in the first, which fuels uncertainties for Capeb for the second half of 2023.

“There is a cycle effect anyway, which after the Covid translates into a slowdown, since post-Covid, in 2021, we had a very significant catch-up, so this effect has flattened out a bit and we have returned to a normal situation", developed in a press conference Alain Chouguiat, director of economic affairs of Capeb.

As since mid-2021, it is maintenance-renovation that is growing faster than activity in new construction (2% against 1,5%), contrary to the trend that prevailed before the pandemic.

Energy renovation work, encouraged by the State through aid such as MaPrimeRénov' and a binding schedule for landlords, has particularly progressed, by 4% over one year.

Under the Climate and Resilience Law, the most energy-intensive housing will be gradually banned from rental from 2023. The objective is to accelerate the energy renovation of buildings, which with their use represent more than a quarter of the France's greenhouse gas emissions.

Inflation, driven by energy prices, continues to weigh on the sector, which is sensitive to it. Thus, 89% of craftsmen said they had passed it on, at least in part, to their prices since the start of the year, in particular carpenters-locksmiths, masons and electricians.

Business failures jumped by more than 50%, due to the cessation of state-guaranteed loans (PGE) granted to deal with the pandemic. But there continue to be more creations than failures.

"There are companies which are more weakened, independently of the PGE, and which are not armed to face problems of cash, new organization...", added Alain Chouguiat.

For CAPEB, growth is slowing in an increasingly tense context

Growth in building trade activity continued, still driven by maintenance-renovation work, the activity of which grew faster than that of new construction for the sixth consecutive quarter.

Maintenance-renovation activity thus increased by 2%, mainly thanks to work to improve the energy performance of housing, the dynamism of which is not weakening and still shows volume growth of 4% compared to the third quarter of 2021. 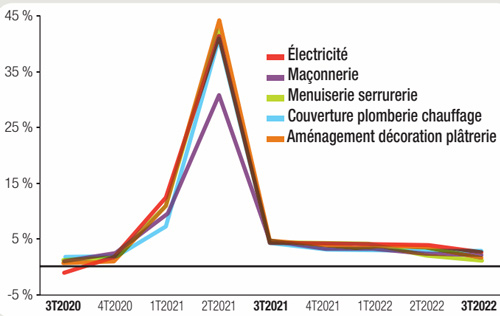 As for new construction, its activity is developing more slowly with growth of 1,5% in volume. While housing authorized for construction continues to increase (+14% over the last 12 months to the end of August 2022), housing starts do not follow with an increase of 0,5% over the same period.

The building trades confirms this quarter a good level of order books which should thus translate into continued growth in volume at the end of the year (99 working days to come at the beginning of October 2022). This quarter, regional disparities are less striking. The different regions recorded a variation in the level of activity of the building trades in volume of between +1,5% and +2,5% compared to the third quarter of last year. In addition, with the exception of Île-de-France, which is maintaining the same rate of growth, all regions are seeing this rate slow down compared to the second quarter of 2022. The most significant slowdown concerns the Nouvelle Aquitaine region with growth of +1,5% this quarter, i.e. a loss of speed of 2,5 points compared to the second quarter of 2022. 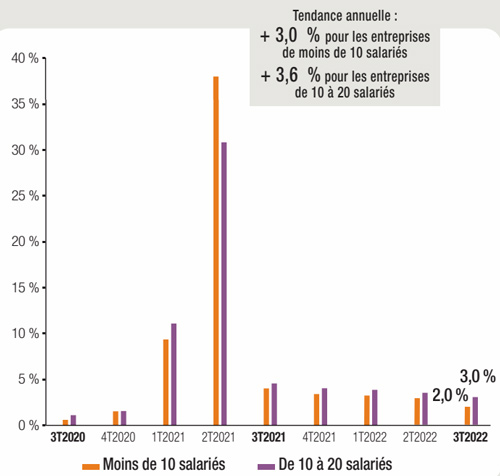 Among the various trades also, the slowdown in growth is almost general, with the exception of masonry work for which growth remains stable. However, some slowdowns are more significant than others, in particular for electrical works, which saw their growth stand at +2% this quarter compared to the third quarter of 2021, against +4% in the second quarter of 2022.

Price pressure remains present and affects the entire sector, resulting in an increase in construction costs which recorded an increase of 2022% over one year in the second quarter of 8,0 (INSEE). Price indices rose sharply for several building materials, as did the price of certain metals. The price of zinc, in particular, increased by 21,2% between August 2021 and August 2022. The price index for "Other non-metallic mineral products", which includes tiles and bricks, is suffering from the increase in the cost of energy (+15,8% between August 2021 and August 2022), as well as steel products (+28,5%).

These increases are reflected in the price of improvement maintenance work (INSEE), particularly in plumbing (+12,4% between the second quarter of 2022 and the second quarter of 2021), and in carpentry (+13,2%). In addition, a still significant proportion of companies report cash needs (15% at the end of October 2022) for an average amount of €22.000 (up €2.000 compared to the previous quarter). At the same time, margins continue to deteriorate with a largely negative balance of opinion (-39 points) despite the more frequent impact of price increases on services.

The building trades showed resilience in the face of an unfavorable context again this quarter, and therefore recorded growth in its activity in volume despite a regular slowdown which will continue over the coming months. Indeed, sales of existing homes, indicators of future activity in upkeep and improvement, stagnated over one year to June 2022, although at a high level (1.157.000 homes). In addition, loans for the purchase of existing homes fell in the second quarter of 2022 compared to the second quarter of 2021 (-3,3%). Finally, the persistent pressure on energy prices, and the announced increases in the price of certain materials at the beginning of next year constitute a real risk for 2023.