Building craftsmanship is returning to its pre-crisis levels, but with "fragile" growth 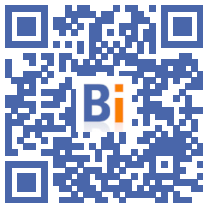 The building crafts industry returned in the first half to a level of activity similar to the pre-health crisis, but remains threatened by shortages of raw materials, the main organization of the sector announced on Tuesday.

"It's exceptional when we see the year 2020 which has passed," Jean-Christophe Repon, president of the Confederation of Crafts and Small Building Enterprises (Capeb), who remains however vigilant because, he says, "growth is very fragile".

According to the organization, the activity of the sector, which ranges from home construction to energy renovation, increased by 0,5% compared to the first half of 2019.

In 2020, the activity of building craftsmen had experienced a historic collapse, with the major halt to construction sites during the first confinement. So much so that in July 2020, Capeb feared to lose at least 20.000 jobs. 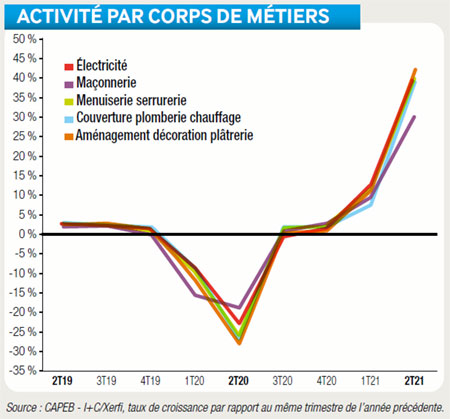 The building crafts activity was driven by energy renovation, up 3,3% in the first half of the year, compared to the same period in 2019.

In general, the Maintenance-Renovation branch is growing (+ 2,2%). "Confinement and teleworking have pushed the French to change their habitat, to live better there", analyzes Mr. Repon. 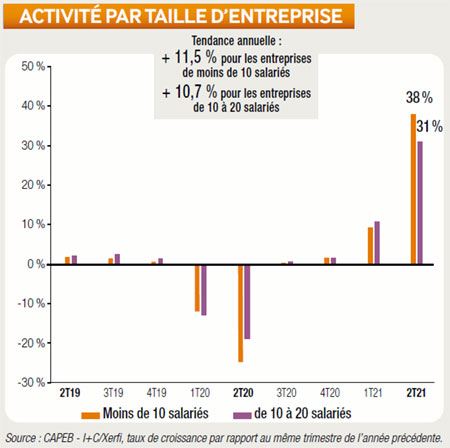 On the other hand, the New Construction activity has not returned to its pre-crisis level, and remains down 1,8% compared to the first half of 2019.

There is also another shadow on the table: the difficulties of supplying wood, metals and electronic components which risk causing delays in the construction sites.

According to a survey carried out by Capeb in partnership with the research service provider Xerfi, "76% of craft construction companies report an increase in the price of materials and 57% of supply disruptions". 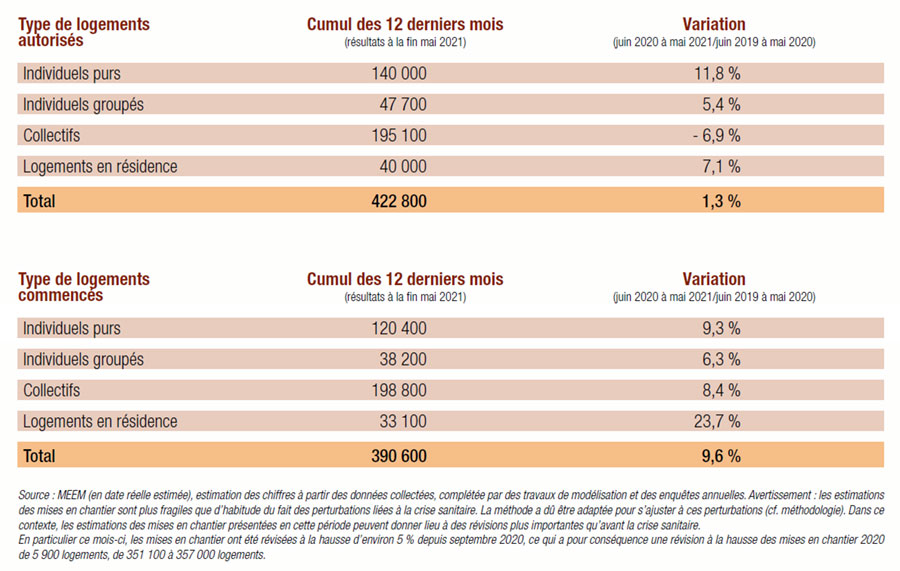