Brussels wants more green energy to get rid of Russia 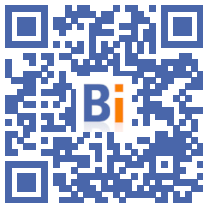 The European Commission presented Wednesday a plan to 210 billion euros which provides for an acceleration of renewable energies and energy savings to free itself as quickly as possible from imports of Russian gas in response to the war in Ukraine.

The recent interruption by Moscow of gas deliveries to Poland and Bulgaria has shown the urgency of acting to secure European supplies.

"We need to reduce our energy dependence on Russia as quickly as possible. We can," European Commission President Ursula von der Leyen told reporters.

But reducing fossil fuel imports is also crucial to achieving the EU's climate goals of reducing greenhouse gas emissions by at least 55% by 2030 and carbon neutrality by 2050.

"Energy savings are the fastest and cheapest way to respond to the current energy crisis and reduce bills", underlines the European executive in this plan, which had been requested at the end of March by the heads of state. and government of the 27 EU member states.

Brussels estimates that "changes in behavior could reduce the demand for gas and oil by 5% in the short term", and recommends communication campaigns in each Member State aimed at businesses and households.

The Commission is proposing to raise its objective for the share of renewables in the energy mix by 2030, which would go from 40% to 45%. To do this, it is counting in particular on a doubling of photovoltaic installations by 2025 and on an easing of administrative constraints to accelerate the procedures for deploying solar and wind projects.

Brussels recognizes, however, that the EU will not be able to do without oil and gas quickly and has already begun to diversify its suppliers, turning in particular to the United States, Algeria and the Middle East. The Board is considering a joint purchasing mechanism to negotiate better rates.

Accelerating the transformation of the European energy system will require an additional investment of 210 billion euros by 2027, the executive calculated. The bulk of the proposed funding would come from loans already included in the European recovery plan NextGenerationEU but not yet used. These loans already represent 225 billion euros that can be immediately mobilized.

In the short term, the EU will also have to increase its electricity production in nuclear and coal-fired power stations, acknowledged a European official.

The Europeans have already announced the end of Russian coal imports from next August and an oil embargo for the end of the year is under discussion among member states. The Commission said in March that it wanted to reduce its purchases of Russian gas by two thirds this year and in full before 2030.

In 2019, 25% of the energy consumed in Europe came from Russia, its main supplier, according to the Jacques Delors Institute. Since the outbreak of hostilities in Ukraine at the end of February, the EU has already paid 52 billion euros to Moscow, almost as much in two and a half months as its annual military budget of 60 billion euros, underlines this Brussels think tank .