Bruno Le Maire maintains the forecast for French growth in 2022 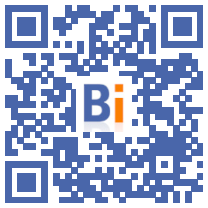 The Minister of the Economy, Bruno Le Maire maintains the growth forecast at 4% in 2022 made by the government for 2022 despite the Omicron variant, which according to him would have “a weak impact” on the economy.

In an interview with Figaro to be published Tuesday, January 4, the minister declares to be "very confident for French growth", adding without details that growth was "higher than the 6,25% announced" in 2021.

For Bruno Le Maire, the budget deficit for 2021 will be "significantly less than 8% (of GDP) against 8,2% expected", tax revenues having been higher than expected.

Towards an additional aid system for the sectors affected by the Omicron variant?

The measures targeted to help the sectors particularly affected by Omicron "should cost around one hundred million euros", he added, saying once again "open to any additional device (...), in particular on exemptions social charges ", as announced earlier today after a meeting with employers' organizations.

The Minister of the Economy also pledged to keep the promise made by Prime Minister Jean Castex to limit the increase in electricity prices to 4% in 2022, providing "in the coming days" for the presentation of " an additional solution "prepared with EDF, which will be added to the 8 billion euros of tax reduction already recorded.