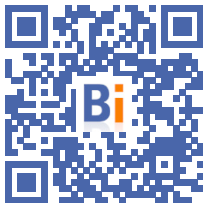 Bouygues saw its turnover and its current operating margin return to their pre-crisis levels over the first nine months of 2021, with net profit still slightly down, the French construction and telecoms giant announced on Tuesday.

Current operating income reached 1,141 billion euros, up 23 million euros compared to the first nine months of 2019, "thanks to the improvement in the profitability of TF1 and Colas, and to the increase in volumes" and revenues at Bouygues Telecom.

The current operating margin thus returned to its level at the end of September 2019 at 4,1%.

With these results "showing strong improvement over one year", the group confirmed its outlook for 2021, ie sales and current operating income "very close to the level of 2019" and a current operating margin "at its level of 'pre-crisis'.

In detail, over the first nine months of 2021, Bouygues Telecom's contribution to net profit, group share amounted to 325 million euros. On the mobile, the operator now has 14,6 million subscribed customers.

Bouygues has just announced the acquisition of Equans, Engie's energy technical services entity, for 7,1 billion euros (based on an enterprise value of 6,7 billion euros ).

This takeover will change the face of the group since the new combined entity would become its first business in terms of turnover and employees. Finalization is expected in the second half of 2022.