Borrower insurance: Crédit Mutuel puts an end to the health questionnaire for its customers 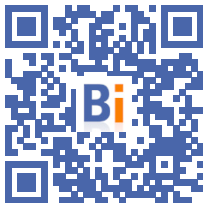 It is a decision which, if it becomes oil stain, could greatly simplify the life of real estate borrowers: the majority of Crédit Mutuel networks have removed for their "loyal customers" the dreaded health questionnaire, which was until then essential. to get a loan.

"As of today, our loyal customers will no longer have to complete a health questionnaire for the acquisition of their main residence", will therefore "no longer have medical formalities" and "will no longer be subject to surcharges or exclusions linked to their state of health, ”announced Crédit Mutuel.

But in the event of a serious problem or history of health, it can become very complicated, if not impossible, to insure and therefore to take out a mortgage.

This Crédit Mutuel initiative concerns all of the group's regional federations, with the exception of Arkéa, which brings together the Brittany and Southwest federations and which seeks to gain independence from its central body.

The device will apply to customers who have their main income domiciled with Crédit Mutuel for seven years, for an insured amount of up to 500.000 euros per borrower for policyholders aged 62 at most, and for the purchase of a main residence.

This condition of seven years of seniority should not exclude many clients, but will limit the influx of new borrowers.

Nicolas Théry, president of Crédit Mutuel, assumed it at a press conference: this change is "not offered to people who tour the market". "We support each other on a long-term basis," he said.

Eligible customers who already have creditor insurance with Crédit Mutuel will have any additional premiums or exclusions removed as of December 1.

The cost of this measure is estimated at 70 million euros per year, we told Crédit Mutuel, where we want "this to become a new market standard, regardless of insurer. We want to move. the market and the public authorities "for the legislation to evolve.

"right to be forgotten"

The president of the mutualist group therefore insisted on his wish not to be the only one to remove the health questionnaires, responsible according to him for a "double sentence" for sick people, and even for those who have recovered.

Today, only former cancer patients have since 2017 a "right to be forgotten" under certain conditions.

The French Banking Federation (FBF), of which Nicolas Théry is the current president, did not wish to comment on the initiative of one of its members.

BNP Paribas Cardif, the insurance subsidiary of the banking group, said on Tuesday that it had been working for years to relax the conditions of borrower insurance and that it would continue in this direction. But when asked about the possibility of removing the health questionnaire, the insurer only replied that "a lot of things [were] under study".

The CNP Assurances group, also questioned by AFP, described the initiative as "positive and interesting", without announcing a similar decision.

Crédit Mutuel's announcement comes after a group of Agir MPs tabled a bill to allow policyholders to be able to change borrower insurance at any time, whereas this is only possible today for the first year, then on each anniversary date.

Criticizing this measure, which he accuses of establishing "a kind of Far-West" where renegotiation at any time would favor healthy customers, to the detriment of others, Mr. Théry called for "mutualisation" and "solidarity".

Creditor insurance has for years been a source of tension between banks and insurers, who are regularly the first to obstruct requests to change loan insurer.

A year ago, a report by the Financial Sector Consultative Committee (CCSF), a consultative body comprising representatives of financial institutions, trade unions, clients and parliamentarians, however concluded that "competition" was "working".

Almost 10 billion euros in borrower insurance contributions are paid each year in France.