Livret A: After an increase of 1,37 billion euros in May, the rate will increase in August, indicates the governor of the Banque de France 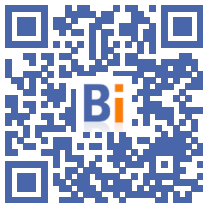 The Livret A account garnered 1,37 billion euros in May, a net balance down from the previous month and from last year, according to figures released on Wednesday June 22 by the Caisse des dépôts. The Livret A rate will also rise again in August, said the Governor of the Banque de France.

The net inflows made last month by this placement – ​​very popular, tax-free and whose funds are accessible at any time – is lower than the figures of 1,87 billion euros in April and 1,81 billion in May 2021.

After 2020 and 2021, it is nevertheless the third largest collection for the month of May since 2009, the Covid-19 pandemic having encouraged the creation of savings.

The Sustainable and Solidarity Development Booklet (LDDS) for its part garnered 160 million euros net, less than the 420 million in March, and than the 510 million a year ago.

In total, the surplus of Livret A and LDDS deposits totaled 1,53 billion euros over the month, which brought the total outstanding amount to 487,4 billion euros.

Managed jointly by the Caisse des dépôts and the banking networks, the Livret A is mainly used to finance social housing, while the LDDS is dedicated to the social and solidarity economy, as well as to energy savings in housing.

They are often considered safe haven investments. Last year, the French deposited 15,17 billion euros more than they withdrew on their Livrets A, and 3,94 billion euros on their LDDS.

A rate increase planned for August

"There will be a new increase in the Livret A on August 1 next," said the governor on RTL, without however specifying the extent of this increase, which will be the second since the beginning of the year.

But inflation has accelerated sharply since the start of the year, reaching 5,2% in May, according to INSEE.

The Banque de France is responsible for sending the Ministry of the Economy a proposal for changing the rate according to this formula. Then it is up to the government to decide whether or not to give an extra boost to the result thus obtained.