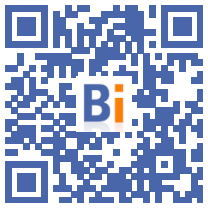 The financial news agency Bloomberg pleaded its good faith in the affair of the false Vinci press release without, however, convincing the Public Prosecutor's Office, which invited the Paris Court of Appeal to reject its appeal against the Autorité des marchés financiers (AMF ).

In December 2019, Bloomberg was fined five million euros by the AMF for manipulating the markets by disseminating false information that had caused the share price of the construction group, Vinci, to fall.

The price had plunged 18,28% before recovering to close down 3,78%. A loss assessed by the AMF at 6,5 million euros for investors.

In court, Bloomberg's lawyers pleaded the "good faith" of the agency's two journalists who "did not profit" from the spread of false information. They judged the sanction "exorbitant" and "unprecedented in France and in Europe" while the defense of the AMF emphasizes that the amount represents "5% of the maximum incurred".

"In the name of what should a journalist who makes a mistake in good faith incur a sanction almost 1.000 times greater than a traitor to the nation"?, Proclaims Me Jean-Charles Jaïs, one of Bloomberg's lawyers, evoking the sanction provided for in the event that false news disseminated in bad faith undermines the morale of the armed forces.

For its part, the defense of the AMF accuses the journalists of having disseminated the information "without checking or reading the press release in its entirety", and maintains that "good faith implies acting in compliance with the rules of the profession".

Journalists had broadcast several dispatches in November 2016 on the basis of a fraudulent press release announcing the revision of the group's consolidated accounts due to alleged irregularities resulting in a net loss and the alleged dismissal of its financial director.

This press release was false in its content and in its provenance, posted on a mirror site, imitating the real site (vinci.group and not vinci.com). The document was signed with the name of Vinci's real press relations manager, referring to a false phone number.

"How to blame Bloomberg for not having noticed that the number at the bottom of the press release was not the right one?" Asks another Bloomberg lawyer, Me Arnaud de la Cotardière. "I don't even know my children's phone number!"

For him, "the Vinci title did not fall because of bad faith but because of extraordinary cybercriminals" that even "the police could not find".

An investigation had been opened by the National Financial Prosecutor's Office but it was "dismissed for reason: author unknown", had recalled earlier the rapporteur.

According to Bloomberg's defense, the postulate of a "crude forgery" retained by the opposing party does not hold: the source was "apparently credible" and the false press release, "an identical reproduction of a real one".

"The counterfeiters have usurped real identities to buy telephone lines paid for in bitcoin", reveals Me de la Cotardière.

Also, "Bloomberg was not the only one to be deceived but was the only one to discover the deception", he argues, indicating that three other news agencies including the German DPA, the British Reuters, the American Dow Jones and the newspaper Les Echos were also trapped. But the AMF does "not mention it", he laments.

"Wrong domain, misspellings, dubious formulations" should have however put the ear to the journalists of Bloomberg, estimates for its part the Prosecutor, sharing the opinion of the AMF which insists on "the public interest to protect the market and investors ".

"There are also shells in the AMF reports", quips Me de la Cotardière.

The two journalists had been alerted by a colleague, ex-Vinci specialist, that the company had been the subject of a false press release in 2014. As soon as they understood that they had been duped, they deleted the announcements and distributed corrigenda and denials even before Vinci publishes his official denial.

"What is at stake is respect for press freedom," insisted Me Jaïs. "The AMF does not know the reality of this profession" but wants, according to him, "to determine the rules applicable" to the profession.

The decision will be rendered on September 16.