Between "distress" and "shame", the concern of tenants before the resumption of evictions 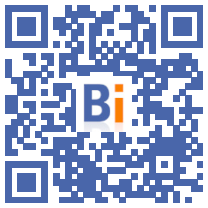 "I was caught in a death spiral": with the approach of the end of the winter break for rental evictions on May 31, concern is growing among some destitute tenants facing the steps to be taken in a context aggravated by the crisis sanitary.

On the phone with a volunteer from the “prevention of expulsion” platform of the Abbé Pierre Foundation, this Ile-de-France resident explains having “collapsed” after the death of his mother at the start of the Covid-19 epidemic.

Very affected by this death, the employee says he "sank into a spiral of unpaid rents which has lasted for 17 months", amounting to 6.000 euros the amount of his debt. "I just became aware of my bullshit, my problematic situation".

At the other end of the line, Stéphanie Morel, volunteer, takes notes and tries to find out more: has the lease been terminated or has the courts granted her a deadline to settle her debt? Has he resumed paying his rent?

Of the 1.350 calls received on average each year since the launch of the telephone platform (0810 001 505) in 2000, 70% last year concerned unpaid rents, far ahead of holidays (13%), occupations without roof or title (5%), neighborhood disturbances (2%). The rest relate to requests more broadly related to access to housing.

This is the case of this man who explains, by email, having lost his job, being "in a pit" and having to leave his apartment at the end of the month because of "late rents".

"I do not know how to do it: either I put an end to my life or I am outside with my daughters", who are in shared custody, worries this inhabitant of eastern France, at the RSA. "Help me find accommodation".

After trying to reach him by phone, Stéphanie Morel will put him in touch, by return email, with local associations able to better help him in his search for accommodation.

"The idea is really to be able to capture people who do not know where to turn and to direct them to associations that can support them throughout their efforts", explains Marie Rothhahn, in charge of access to rights to Abbé Pierre Foundation, and responsible for the platform.

"We rationalize, we explain, we reassure, we explain the procedure," she adds. "Some people are criticized for playing the ostrich, but if you face it it's terrifying the prospect of losing your home. What is taken for bad faith is often discouragement and shame ".

"Exit by the gendarmes"

"We were already in a dramatic situation before the Covid crisis, and since many situations have deteriorated. However, two or three months without resources, that creates a budgetary imbalance which can lead to fragility in housing", underlines Marie Rothhahn .

“All this will not necessarily be seen in 2020/2021,” she adds. "But state aid will stop and there are companies that have so far held on but are in danger of laying off workers."

The phone rings again. A 30-year-old woman explains that she will be evicted from her home on May 31 due to unpaid rents and that she has not found any accommodation.

"I'm in my fault so I'm going to leave, I don't want to be taken out of my house by the gendarmes," she adds.

"It will be complicated to be relocated with a debt like that", prepares Stéphanie Morel, who warns that the only temporary solution within this period would be to be hosted by relatives or to call 115.

In total, the resumption of rental evictions scheduled for June 1 would threaten more than 30.000 households, according to the Abbé Pierre Foundation.