Between climate and density, cities increasingly threatened by extreme heat 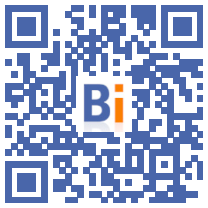 The increase in exposure to extreme heat in urban areas, caused by their density and global warming, risks depriving poor populations of a better life in these cities, according to a scientific study published on Monday.

"In Africa and South Asia, where hundreds of millions of urban poor already live (...) without sufficient investment, humanitarian intervention and government support, extreme heat can decisively limit the capacity of poor populations to realize the economic gains associated with urbanization ", write the authors of the study, published in the journal" Proceedings of the National Academy of Sciences ".

In question, the "islands of heat" due to the density of the cities, where the concrete, the asphalt and the least vegetation tend to lock up the heat.

To arrive at their results, the researchers studied more than 13.000 cities, by fixing an extreme heat threshold at 30 ° C in temperature with a wet bulb globe temperature ("Wet Bulb Globe Temperature"), an index which takes heat into account. and humidity.

From this threshold, "even the healthiest people find it difficult to stay outside for a long time, and people in poor health can get very sick or even die," explains the University's Earth Institute. of Columbia, New York, associated with the study.

Out of 13.115 cities studied, the number of person / days (the number of people concerned multiplied by the number of days) increased from 40 billion in 1983 to 119 billion in 2016, calculate scientists from the universities of California Santa Barbara, Minnesota Twin Cities , Arizona and Columbia.

Among the most affected cities is Dhaka, the capital of Bangladesh, which experienced an increase of 575 million person-days of extreme heat during the period studied (1983-2016), an increased exposure due to 80% of the explosion. of its population (from four to 22 million), according to the Earth Institute.

In 2016, 1,7 billion people were exposed to these temperatures more than one day per year, adds this institute.

The majority of the cities concerned are "concentrated in the lower latitudes", notably in South Asia (India, Pakistan, Bangladesh) and in sub-Saharan Africa (Nigeria), "but cover a wide range of climates", write the authors of the study.