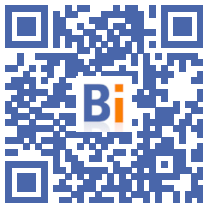 Solar energy is growing steadily in France with recent strong acceleration, reaching nearly 12 GW of installed power. In order to achieve the objective of the multi-year energy program which provides for a capacity of 35 to 44GW by 2028, this capacity will have to be tripled in 7 years.

It is in this perspective that the Minister of Ecological Transition, Barbara Pompili, signed an order facilitating the development of projects on large roofs. With this decree, all projects of less than 500 kW, i.e. 5m² of surface area, will be directly entitled to a purchase price without having to go through a call for tenders (against a threshold set at 000kW until now ).

This measure will simplify the installation of large surfaces of panels on already built land - for example on the roofs of agricultural buildings, warehouses, shopping centers - while limiting the consumption of natural space and the artificialization of soils.

This decree also provides for the establishment of a tariff bonus for landscape integration, aimed at the installation of photovoltaic tiles.

These measures complement the government's recent actions in favor of photovoltaics:

Barbara Pompili is pleased with the good growth of the photovoltaic sector:

“The efforts that the Government has undertaken in recent years in favor of solar energy are starting to bear fruit! More than 3 GW of renewable electric energy have been connected to the French grid over the last twelve months. Over the first 6 months of the year, 1 MWp of photovoltaic projects were connected, i.e. more than in each year since 300. To further accelerate, while fighting against the artificialization of soils, it was necessary to facilitate the installation of panels on roofs. This is what the Government is doing with this decree. Do you own a large building? Do you want to install solar panels and sell this carbon-free energy on the market at a guaranteed price? Up to 2012kW of power against 500 previously, no need to go through a call for tenders. It is a tremendous growth lever for solar. ”