Autumn could be milder than expected for the French economy 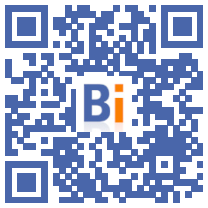 Will growth make resistance? The French economy could continue to grow, albeit very slightly, in the fourth quarter, according to the Banque de France, with companies showing themselves to be relatively confident despite geopolitical uncertainties and soaring energy prices.

The French economy could thus observe a "very slight increase" in its GDP in the fourth quarter and not stagnation as initially expected, the Banque de France said on Wednesday in its monthly economic survey.

This forecast, not quantified, is "surrounded by a very strong uncertainty in particular because of the international context", declared Olivier Garnier, director general of Statistics, studies and international, during a presentation.

"At this stage (...) we are rather leaning towards a small positive hazard compared to our initial forecast of zero growth in the fourth quarter", he added.

At the end of October, INSEE had announced for its part that it was counting on zero growth in the fourth quarter, after a weak increase in GDP (+0,2%) during the summer, which several economists presented as the ultimate jump in the economy. French economy.

The forecast of the National Institute of Statistics for the whole of 2022 (+ 2,6%) however matches that of the Banque de France.

The government is counting on annual growth of 2,7% and highlights the small difference between these different forecasts, given the uncertainties.

Although the Banque de France does not explicitly mention the war in Ukraine, it notes however that the international context and in particular the geopolitical situation pose many uncertainties on growth, as does the impact of the weather on energy supplies.

In the long term, it anticipates an economic cycle that can be summed up in three "Rs": resilience, slowdown and recovery in 2024.

The monthly business survey conducted among companies shows that the latter remain relatively confident and that the resilience phase is prolonged.

In detail, activity in market services and industry increased in October and stagnated in construction. Businesses expect a similar trend in November.

Using data from other sectors, the Banque de France estimates that October GDP will be down slightly from September, notably due to a drop in energy, trade and transport, but it anticipates a recovery in November.

The institution's survey, which questioned around 8.500 companies between the end of October and the beginning of November, points to two points of improvement, supply difficulties and the pace of price increases, which both remain at high levels. but do not increase.

The order books of companies remain "well stocked", but the difficulties of recruitment, if they "no longer increase", also remain important.

The Banque de France warns of cash flow difficulties, in particular for industrial companies, "with a deterioration which is confirmed".

Olivier Garnier, however, qualified by saying that he did not see any particular difficulties on the repayments of loans guaranteed by the State granted to companies to deal with the consequences of the health crisis.

The institution has also started asking companies about the impact of soaring energy prices on their business and their margins.

If it was limited in October, with a quarter of companies having observed an impact on their activity (and only 7% a strong impact), the concern is greater for the next three months.

More than a third of companies in the three sectors combined (industry, services and construction) say they are worried about their activity over the next quarter and this proportion rises to more than 60% in industry and construction when it comes to of their margins.

The concern varies according to the amount of energy needed for the production process, specifies the Banque de France, and the period "remains difficult" for companies.