In Volvic, the scarcity of water is a source of concern 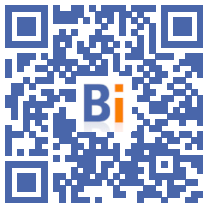 One-off weakening of the water table or excessive withdrawals? Around Volvic (Puy-de-Dôme), water is scarce and discontent rises against Danone, owner of the famous mineral water, accused of "emptying the bathtub" at the expense of the environment.

"We had water up to our knees and the stream made two mill wheels turn," recounts nostalgia, Pierre Grodecoeur, 69, facing the stream that runs alongside his birthplace.

The mill is long gone and the stream is now often dry.

Not far away, the Saint-Genest-l'Enfant fish farm, listed as a historic monument, also lacks water. It is however there that the water of Volvic gushes out after its course in the volcanic rocks.

The place is bucolic, with its XNUMXth century basins made of Volvic stone, hollowed out in the shade of alders and plane trees.

But since 2017, several months a year, the sources are drying up. The walls of the pools sag and the duckweed proliferate, transforming the liquid surfaces into green mirrors. The exploitation had to cease.

"Danone destroys a historical monument to send pieces of plastic to the other side of the world", plague the owner Edouard de Féligonde who is leading the fight in court, with his lawyer Corinne Lepage.

A report, a copy of which was sent to AFP, concludes "an underground relationship between the boreholes exploited for water from Volvic and the Gargouilloux source". But Danone, which funded this research, did not wish to publish it.

Downstream, the lack of water "acts on the biodiversity of wetlands", deplores Christian Amblard, honorary researcher at the CNRS in Clermont-Ferrand.

"We can speak of a beginning of desertification" going hand in hand with "the decline of vegetation and associated fauna: black alder and alder siskin, ash and European oriole", explains the scientist .

"Only the hand of man and Volvic are responsible," he asserts.

Like him, associations and residents are questioning the responsibility of Danone and its Société des eaux de Volvic (SEV), whose bottling plant is located a few hundred meters as the crow flies.

On March 21, several hundred people demonstrated for World Water Day, at the call of the Eau Bien commun 63 collective.

"Today, the flows no longer allow the crops to be irrigated. In recent years, there has been no market gardening or horticultural activity in this area", notes Laurent Campos-Hugueney, member of the collective and spokesperson of the Peasant Confederation.

The SEV boreholes reach 100 meters deep: "it's like emptying the bathtub from the bottom", explains François-Dominique de Larouzière, geologist and member of the Association for the protection of entrances to volcanoes of Auvergne (Preva).

"Danone shoots himself in the foot, but when there is no more water at the tap, it will hurt," he predicts.

The multinational collected 2,33 million cubic meters in 2020, or nearly a quarter of water uses in this territory, half being reserved for drinking water and the rest in the natural environment.

Danone claims to have limited its withdrawals, while carrying out various actions to protect the impluvium, the area that collects rainwater.

"We saved 380 million liters between 2017 and 2020 for stable sales levels," Jérôme Gros, director of the Volvic factories which employ 900 people, told AFP.

To bottle a liter of water, it was necessary to take almost double it in 2014 due to cleaning operations. "Today we are at 1,4 liters taken for a bottled liter," he says with satisfaction.

"Insufficient", for associations. They point out that the group has obtained the annualization of withdrawals, which allows it to pump more in the summer to meet demand.

“How can we explain to citizens that they cannot water three plants of tomatoes in the middle of summer when they see loaded trucks and wagons leaving the factory?” François-Dominique de Larouzière is angry.

The State in charge

However, "Danone is not breaking the law. It is the State which grants it rights to withdrawals greater than the capacity for regeneration of the resource," admits the geologist.

In fact, a 2014 decree provides for a maximum volume of 2,79 million cubic meters per year, higher than the SEV's withdrawals.

Despite several requests, the prefect Philippe Chopin refused to answer AFP, referring to the services of the DDT (Departmental Directorate of the territory).

"The annual authorizations set in the 2014 decree are monitored and controlled by the State and respected by the bottler", underlines the prefecture in a written response.

"The environmental conditions, and in particular the drought, have led to a decrease in the recharge of the aquifer without it being able to be attributed in our opinion to the withdrawals made downstream by the SEV", argued the prefect at the beginning of April, when of his hearing before the parliamentary committee on "the stranglehold on water resources by private interests", chaired by Mathilde Panot (LFI).

However, according to Météo-France data, the annual accumulations of precipitation over the area have not changed, even if they are less regular. As for the rise in temperatures, "it cannot alone explain this deficit", assures Mr. de Larouzière.

Uncertainties also weigh on the supply of drinking water.

Building permits have been suspended on the heights of Volvic since August 2020: "We preferred to no longer issue a construction permit in order to reduce the risk of a shortage of drinking water on a catchment", explains Laurence Dupont, first assistant to the mayor in charge of town planning.

The town hall acknowledges having received letters from citizens dissatisfied with being unable to build while the multinational continues to take withdrawals.

But Mayor Laurent Thévenot is categorical: drinking water catchments are independent of those of the SEV and "the two phenomena are not linked".

"As mayor, I do not have the vocation to go in the direction of the people who accuse the SEV, while I have no element to support this hypothesis", sweeps the elected one, of which a hundred of administrators work at the factory.