At the Vuitton Foundation, the timeless "art of living" by Charlotte Perriand 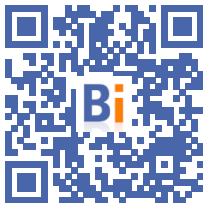 The famous tilting lounge chair, the extendable table, the revolving armchair, the ball-bearing collar ... It's all her. A pioneer of interior architecture, Charlotte Perriand (1903-1999) who collaborated with Le Corbusier, is in the spotlight at the Vuitton Foundation.

Key figure of twentieth century design, woman engaged in an exclusively male professional environment, Charlotte Perriand has also shaken up the codes of decoration and "the art of living" of which she is still, twenty years after her disappearance, one of the great theorists.

Fourteen years after a first exhibition at the Center Pompidou, the Vuitton Foundation pays tribute to him until February 24 with an exceptional retrospective. A celebration of a visionary woman.

Thanks to loans from major collectors and international institutions, 200 pieces of furniture by Charlotte Perriand interact with as many works by friendly artists: Picasso, Calder, Miro, Léger or Braque.

Close to the Communist Party, former student of the School of the Central Union of Decorative Arts, Charlotte Perriand (1903-1999) actively participated in the reflection on modern architecture, collaborating in Le Corbusier's research on "housing minimum".

"Her principles of habitat are still valid and it is extraordinary to see them honored. My mother always worked for the greatest number. Her creed was to make the vacuum as much as possible in the habitat in order to free the spirit ", confides to AFP Pernette Perriand, daughter of the designer and one of the commissioners.

While a lot of Charlotte Perriand's furniture has disappeared, faithful reproductions have been specially produced and staged so as to allow the visitor to feel the volume of the space. Invented in 1934 but never made during the architect's lifetime, a beach house, a masterpiece of minimalist comfort, was built on the foundation's pond.

"Art is in everything"

"The tilting lounge chair on which she was photographed in 1929 with her famous ball bearing necklace, amazes us with its modernity. Charlotte Perriand is at the heart of a new order of things", underlines Jean-Paul Claverie, cultural advisor and administrator of the Vuitton Foundation.

Seduced by his first creations at the Salon d'Automne in 1927, Le Corbusier hired him as responsible for the furniture and equipment of his villas and buildings with this very misogynistic statement: "Here, we don't embroider cushions!"

"My mother did not let it go. That is why she ended up leaving, while remaining admiring until the end of Le Corbusier's work. She always defended the architect when he was attacked Man was something else, "adds Pernette Perriand.

Advocating "art for all", Charlotte Perriand who was from 1940 to 1946 adviser for industrial art in Japan, put painting, sculpture and design on the same footing. For her, "art is in everything". She suggested to those who are not wealthy to use "natural sculptures" to decorate their homes, such as stones or tree trunks worked by the elements.

For her ultra-functional furniture, Charlotte Perriand often used new materials from the automotive and aeronautical industry: "metal is to the interior layout what cement is to architecture", said the one who invented the first integrated kitchen.

From 1967, this mountain enthusiast was chosen to design the ski resort of Les Arcs, competing in ingenuity both in terms of architecture and the layout of the apartments,

Chronological, the retrospective ends with a meditation on the place of nature in the "Tea House" invented by Charlotte Perriand in 1993 for UNESCO.

For the past few years, the rare original creations by Charlotte Perriand have recorded auction records. In 2017, an imposing ovoid desk in solid pine from 1953 was sold in Paris for 703.400 euros (with costs), twice the estimate.

"For Charlotte, the art of living is anything but decoration", recalls her son-in-law and biographer Jacques Barsac. "Its recipe is storage to organize the vacuum, without which the mind cannot be free".