At the Porte de la Chapelle, a brand new district but a cumbersome reputation 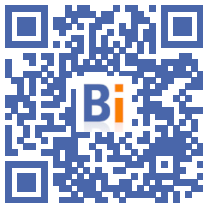 Apartments with a view of the Sacré-Coeur and an urban farm... in the least famous district of the capital. Welcome to the new Chapelle International housing estate, a vertical milestone in the promised "metamorphosis" of the XNUMXth arrondissement of Paris.

From his ivy-covered wooden terrace, Aurélien Fonteneau hears neither the cars on the nearby ring road, nor the onlookers who roam the rue de la Chapelle, where cars, trucks and cigarette sellers cross paths.

At first hesitant because of the image of this "not necessarily obvious" district, the 35-year-old young man changed his mind when he visited this three-room apartment bathed in light, a "favorite" bought before the summer at "a little less than 9.000 euros per square meter", below the average price of the XNUMXth arrondissement.

The reputation of this gateway to the north of Paris remains marked by the "hill of crack", dismantled at the end of 2019, and by the camps of migrants who had settled along the ring road.

With its modern towers, its school and its urban farm, "Chapelle International will restore the image of this still too badly judged district", promises the PS mayor of the XNUMXth century, Eric Lejoindre.

Emerging from the ground on a former railway wasteland, the new subdivision was designed to combine "high environmental quality" with "social and inclusive values", explains the director of the railway space developer, Fadia Karam.

Of the 1.117 homes that will eventually comprise the new subdivision (including 43% social housing), more than 900 have already been delivered. But not all of them have yet found takers.

"All our social housing is occupied. But out of 65 intermediate housing units delivered in May, 46 are still empty", explains Christine Laconde, the general manager of the Régie immobilière de la ville de Paris (RIVP), one of Chapelle International's donors.

Tenant since December 2020, Léa (first name changed) is already looking to leave the neighborhood. "On paper, it's a great project," explains the 36-year-old young woman on condition of anonymity in the lobby of her building. "But security, which had improved, has deteriorated again a lot."

Same story with his neighbor Arnaud Siduron, who moved to Chapelle International a year and a half ago. "My girlfriend doesn't like going back to this neighborhood alone at night. We're looking elsewhere," says the 27-year-old.

On the side of the municipal opposition, Rudolph Granier, LR councilor from Paris elected in the XNUMXth arrondissement, defends the "excessive concreting" of a "deal spot" where it is "still complicated to walk around".

“It is a magnificent district, in the making, which is still experiencing difficulties”, tempers Emmanuel Grégoire, first deputy mayor of Paris, in particular in charge of urban planning. "It will be a dynamic neighborhood in just five years."

According to him, Chapelle International will experience "three big accelerators" in the coming months: the Condorcet campus, which will bring together several higher education establishments; the Arena, future site of the 2024 Olympic Games; and the renovation of the axis that leads to the center of the capital, with the development of a permanent cycle path.

Facing a square that the children of the neighborhood are beginning to appropriate, Valérie Grévin rents a commercial space and a small apartment upstairs "for almost half the price than elsewhere in Paris".

"That's what convinced me at the beginning. And then finally, it's very pleasant to work here, there is life during the day. In the evening, it's still a little sad", says Valérie Grévin, who manufactures hotel uniforms in his workshop.

For the mayor of the XNUMXth century, "there is in each subdivision the urban part and, behind, the spirit of the district, which takes a little longer to settle". "Here", assures Eric Lejoindre, "a new page is being written".