At the climate COP, renewables would like to take over 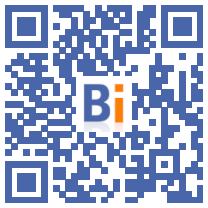 The share of fossil fuels, the primary source of global warming, is as high as it was ten years ago, when that of renewables has increased only slightly. Rana Adib, director of the Ren21 expert network, came to COP26 to boost the deployment of green energies.

Wind, solar, geothermal, hydroelectricity ... have gone from 8,7% to 11% of global energy consumption from 2009 to 2019. But against a backdrop of increased demand, oil, gas and coal are still at over 80%, underlines this network bringing together researchers, energy agencies, NGOs, manufacturers ... So what to do?

"115 countries continue to subsidize fossil fuels", underlines Rana Adib, causing distortions to the detriment of photovoltaics and wind power, which are however "the option at the lowest cost", she said. "Governments must stop these investments, which are irrecoverable assets for the future, and ultimately the taxpayer pays."

According to an IMF report, more than $ 11 million is spent every minute on fossil subsidies ($ 5.900 trillion in 2020, 6,8% of global GDP), helping to undermine climate targets.

Cities and businesses in action

Coming from civil society and even from the UN, "there is a mobilization against fossils, but we do not give the same voice to what must replace them: we therefore come to make heard that of renewable energies" (ENR) .

In the "action zone" of the Glasgow conference center, where the COP (Conference of the Parties to the UN Climate Convention) is taking place, we "network", we exchange, on the sidelines of negotiations between States.

"The climate is a cross-cutting issue, and the COP one of the rare events where we meet everyone". Starting with the cities.

"For the past 50 years, governments have managed the energy supply. RES is a decentralized solution."

Today 25% of the urban population lives in a city with a renewable project.

Cape Town, which could not choose its supplier itself, sued the State, Barcelona first imposed solar on buildings, others ban diesel, says the director of Ren21. Local elected officials "are closer to citizens, and, let's say it, less the target of lobbying by fossil fuel companies".

"Many governments post targets, but do not create regulatory frameworks," she said. As for the post-Covid recovery plans, they grant six times more investments in hydrocarbons than in renewables.

Another lever: businesses. Contracts signed directly with renewable energy suppliers grew by 18% from 2019 to 2020. For environmental and cost reasons, notes Ren21.

For these promoters of renewables, they must go beyond the sole climate argument. In 2020, 83% of new electricity capacities are renewable, largely because of their cost, they insist.

For resilience issues too, the US military has gone solar and wind, and the country has seen a boom in "mini-grids" since Hurricane Katrina.

But what about the irregularity of solar or wind power?

"There are flexibility solutions," replies Rana Adib. Even before developing storage, "what matters is diversifying these resources" with geothermal energy, hydroelectricity, biomass, marine energies ..., she explains.

"We have to change perceptions, work to make renewable energies mandatory, rely on citizens, show social interest: in Denmark, farmers, initially disturbed by wind turbines, have been paid."

But renewables have their downsides: environmental impact of dams, sustainability of biofuels, recyclability of equipment ...

"We have to talk about it frankly," says Rana Adib.

To keep global warming at 1,5 ° C, by 2030 it would be necessary to install four times more solar and wind capacity each year than in 2020, a record year, according to the International Energy Agency (IEA).