At its congress, the FNAIM wants to put housing back at the heart of the presidential campaign 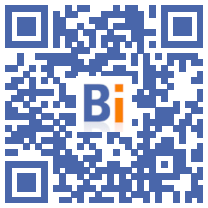 The National Federation of Real Estate (FNAIM) has put the issue of housing at the heart of the electoral campaign by inviting Emmanuelle Wargon, Minister Delegate in charge of Housing, as well as presidential candidates to its annual congress which has been held since Monday in Paris.

FNAIM President Jean-Marc Torrollion congratulated himself on the "success" of a trade fair which brought together 2.100 professionals in the trade, guests and political figures.

He particularly welcomed the possible relaxation of the calendar mentioned by Ms. Wargon concerning the ban on renting energy-intensive homes, as part of the fight against energy sieves, a subject on which the FNAIM and the ministry disagreed.

For Emmanuelle Wargon, Minister responsible for Housing: "My goal is not to take housing off the market, but that all thermal strainers be renovated. The current government will be vigilant on the sustainability of the schedule."

With the climate and resilience bill, the government is organizing the hunt for some 4,8 million "thermal strainers", according to the government, these energy-hungry homes classified F and G.

Housing in class G is supposed to be banned for renting in 2025 and F housing in 2028, a schedule deemed too short by the FNAIM union.

"In co-ownership, 20% of the park could not be up to standards by 2025. The deadline is too short," Jean-Marc Torrollion told AFP. Faced with the rise in property prices, Jean-Marc Torrollion wanted to be reassuring. "This increase could reach 20% in cities like Brest, Angers or Le Mans, but it will calm down. The rates will remain low," he predicted.

Present Tuesday to outline a preliminary draft around the housing policy, presidential candidates, such as Marine Le Pen (National Rally) and Arnaud Montebourg (ex-socialist minister), as well as representatives of other parties took part in the Congress debates Tuesday.

For the FNAIM, "at the dawn of the presidential election, real estate remains a matter of central concern for the French".

It was the first time that the union invited presidential candidates to speak at the congress. An experience deemed "interesting" and "rich in exchanges and proposals" by the president of the FNAIM, even if he regrets the neglect of important subjects "such as the question of the regulation of rents or the zoning policy of the territories ".