On heritage days, Seine-Saint-Denis highlights its industrial past 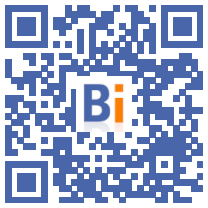 "We are really in Zola's world!" Sneakers on their feet, sometimes a notebook in hand, a group of visitors wanders between the brick buildings of an old Saint-Denis goldsmith's shop, a legacy of a rich industrial history that Seine-Saint-Denis seeks to enhance.

On the occasion of heritage days, the popular department of the Parisian suburbs opens on Saturday and Sunday the doors of several emblematic sites of its industrial heritage, even including for the first time this year certain little-known places on the program of this event.

With its picturesque alleys, its carmine facades eaten with Virginia creeper and its former factory workshops now occupied by artists, bronziers or film set manufacturers, the Orfèvrerie de Saint-Denis is one of these markers of the strong industrialization of the territory from the middle of the XNUMXth century, then its gradual deindustrialisation over the past fifty years.

A curious Parisian, Estelle Le Goasduff took the opportunity of a rare guided tour to discover this complex commissioned in 1877 by the goldsmith's house Christofle, which abandoned it fifteen years ago.

Cycling past regularly, she felt drawn to its old-fashioned atmosphere.

The history of the Paris basin, "it is not only Versailles and large buildings with gilding. It is also all the life that there was, most people lived and worked in these (industrial) buildings, you have to have both inclinations, "said this thirty-something, administrator in the entertainment world.

With the 1998 Football World Cup and the construction of the Stade de France in Seine-Saint-Denis, the department began to develop a tourism promotion policy. But this underprivileged territory had to find a place in the shadow of the City of Light.

However, if the major historic buildings are not legion there, the "93" is on the other hand the legatee of a long working tradition. A specificity that he therefore decided to highlight. "Industrial history is the one which conditioned the movements of populations, the arrival of migratory waves, therefore a cosmopolitan identity which makes the wealth of Seine-Saint-Denis", explains to AFP Olivier Meïer, director of Seine-Saint-Denis Tourisme.

In La Courneuve, the KDI factory will open its huge cathedral halls for the first and last time on Heritage Days.

Disused for three years, the 5 hectare metallurgical site will soon be demolished to make way for a new town center.

The rays of the sun filtering through the holes in the roof streak impressive overhead cranes left in place. The keys are inserted into control panels that one would think were ready to be relighted in an instant, if it weren't for the thick layer of dust.

Providing access to this factory, which is both known and unknown to the inhabitants of the department, who have always seen it only from the outside, "is an opportunity to make people aware of what it is like to retrain from the outside. 'an industrial site,' says Mikaël Petitjean, in charge of heritage at the municipality.

Here, "we have a strong emotional charge, we have the impression of feeling the work of the workers, the smell of metal, of feeling the site vibrate", adds Vincent Chartier, communication manager of Seine-Saint-Denis Tourisme .

Further south, the city of Montreuil authorizes the discovery of Mozinor, its "vertical industrial zone" with a double helical ramp which allows trucks to go up and down without crossing each other, a sort of "Chambord staircase" brutalist version .

"We have requests for filming, and even for wedding parties!", Recounts Gaylord Le Checker, first deputy mayor, surveying the improbable roof garden planted with trees and chimneys in this 1970s building. .

With urban renewal and the rise of the tertiary sector, however, industrial infrastructure is gradually receding from the landscape of Seine-Saint-Denis, notes Antoine Furio, specialist in the subject at the departmental council. Hence a reflection on the historical value and the preservation policy of this heritage. But "the idea is not to keep everything, you have to sort it out".