In Grandpuits, the TotalEnergies refinery has turned the page on oil 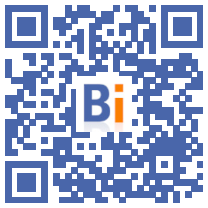 Empty and already pierced on several sides, gas tank number 206 at the TotalEnergies plant in Grandpuits is just waiting to be dismantled as part of a conversion of this refinery in Seine-et-Marne for more than 500 million euros. euros of investments.

"There were four more, who have already left," says site manager Michiel Van Raebroeckx. "This one is next."

"There is the part that releases", describes to AFP the manager during a visit to this gigantic site where, according to TotalEnergies, the more "green" future of the oil giant is taking shape.

As part of a conversion announced in September 2020, Grandpuits, which was the only refinery in Ile-de-France, must host a biorefinery by 2025 and manufacture fuels from old recycled cooking oils and no longer of petroleum.

Fossil production has been stopped since 2021 and, in total, 14 hydrocarbon reservoirs, as well as two production units, have already disappeared.

This is a new stage in the conversion of the French group's refining activities. First emblematic project, the site of La Mède (Bouches-du-Rhône) was transformed several years ago into a "biorefinery".

"We mourn refining", but the project is "exemplary" for "the future of TotalEnergies", welcomes the director of Grandpuits.

About sixty people are working on the dismantling, and up to 1.000 jobs are expected on the various sites: the biorefinery, a plastic recycling unit, and a production site for biodegradable and recyclable plastic made from cereals.

Added to this is a 25-hectare photovoltaic power plant already open and an Air Liquide hydrogen production unit, for an investment of 130 million euros announced on Tuesday.

The approximately 20.000 tonnes of hydrogen produced per year will mainly be used to manufacture "SAF", "sustainable" aircraft fuel with a lower carbon footprint than kerosene.

Hydrogen will not be "green": its carbon footprint will not be zero. It will be made from water vapor and gas: usual natural on one side, and from the biorefinery on the other.

Some 60% of CO2 emissions from hydrogen production, or 110.000 tonnes per year, will be “captured” to reuse the carbon in “food and industrial applications”.

Patrick Pouyanné's group also continues to develop hydrocarbon projects around the world, wishing to meet a demand that continues to grow, particularly for gas.

The reorientation of the site leads to the elimination of 150 positions out of 400, including early retirement and "internal mobility" and therefore "no layoffs", according to TotalEnergies. The project had aroused emotion and led to a 40-day strike. It has since materialized.

On a former parking lot, diggers are busy laying the foundations for plastic recycling -- "the most advanced project," according to Mr. Van Raebroeckx.

Work is less advanced on the future site of the "SAF" refinery, which until recently hosted a crucial part - the reduction of the sulfur rate - in the manufacture of fossil fuels.

Workers in yellow waterproof jackets set up a crane for the next milestone in the transformation: replacing the reactor, at the heart of the production unit, where the chemical reaction will take place.

Here, "we are not doing a complete dismantling, but a surgical dismantling" to "reuse and adapt" elements of the old installation, notes Mr. Van Raebroeckx.

Little by little, the silhouette of the gigantic site will therefore change, but not completely: out of nine gas reservoir spheres, four will remain. And twenty of the 80 fuel tanks.