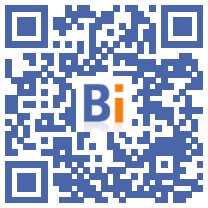 “If we look at building permit authorizations, we have had a steady decline for 3 years. In 2020, we produced 22.000 fewer homes than in 2017. Looking at what's in front of us, it's even worse. "analysis Marc VILLAND, president of the Federation of real estate developers of Île-de-France.

For more than a year, the act of building has been stigmatized and for the first year, developers in the Ile-de-France region have on average as many refusals of building permits as they have obtained.

“It is regrettable because we are not the enemies of the ecological transition, quite the contrary. Our sector has worked a lot on itself, particularly on environmental issues with RT2012, which is one of the most efficient regulations in Europe ” Marc VILLAND alert

The offer is in free fall in Île-de-France

According to the current pace of sales, it would take less than 10 months to sell the entire stock of new homes in Île-de-France.

For Marc VILLAND, “We are creating the shock of the shortage of supply. This will have repercussions on the price of land and housing, it will destabilize some of the Ile-de-France residents. The act of building has the particularity of involving multiple actors, the State, Local Authorities, architects, construction companies, developers, but the private sector must not be constantly questioned. For example, bringing nature into the city is a long-term issue that requires the implementation of digital technologies and questioning our mode of governance and its territorial fragmentation ”.

-44% of sales over the year 2020, rental investment suffers the most

“The demand remains high but is exerted on a lesser choice. The withdrawal rate is increasing, linked to more difficult bank financing ”adds Marc VILLAND, president of the Federation of real estate developers of Île-de-France.

The production of social housing struggles

“There is an obvious correlation between the crisis in real estate development in Ile-de-France and the drop in the production of social housing. To produce social housing and achieve the objectives set by the State, you have to be able to build! Gender diversity has become one of the essential intervention criteria for Ile-de-France promoters ” concludes Marc VILLAND, President of the FPI IDF.