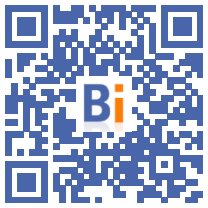 The year 2020, which was marked by an unprecedented health crisis, and despite specific government measures, had repercussions on the activity of artisanal construction companies and the health of its craftsmen.

This is what the 7th edition of the ARTI Santé BTP barometer reveals, the result of a national survey on the working conditions and health of craft business leaders, conducted by the Confederation of Crafts and Small Building Enterprises. (CAPEB), the National Chamber of Crafts, Public Works and Landscape (CNATP), and the IRIS-ST innovation hub. The lack of prospects regarding the evolution of the health and economic crisis has particularly tested the confidence of business leaders who saw their pace of work impacted in 2020.

Confidence in the future put to the test 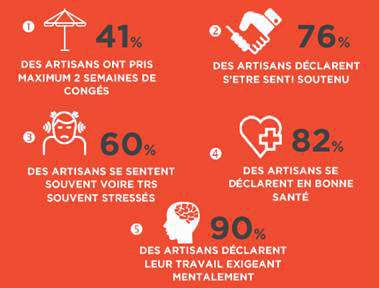 The study carried out among 1 respondents between December 769 and January 2020 clearly shows the direct consequences of the Covid-2021 pandemic on the health of managers and their working conditions. Thus, despite overall activity which has remained at a relatively satisfactory level despite a drop of nearly 19%, the optimism of managers regarding the future of their company is down (9% against 46% in 54) in particular. because of the lack of perspective on the future and the uncertainty regarding the course of the pandemic. Note, however, this year a drop in the number of companies whose sustainability is threatened: 2019% against 23% in 31. A drop which can be explained by government support measures which have made it possible to contain the effects of the crisis.

Among executives declaring the sustainability of their company threatened, 52% managed to raise the subject and 27% got help. Although this figure is still low, it is still on the rise, proof that craftsmen are more and more inclined to enter into a support process, the result of intense information work around this subject. Thus, 69% of respondents this year said they know where to turn if the sustainability of their business is threatened, compared to 59% in 2019.

During the first confinement in mid-March, the majority of companies stopped at least 1 to 1 weeks but 2% of managers continued during this period their administrative activity linked to the health crisis (request for financial assistance, partial unemployment , implementation of safety rules, etc.). Note that the vast majority of business leaders (95%) were keen, at the start of the pandemic, to maintain contact with their employees via phone calls or emails.

Despite a still very sustained work rate, however, there has been a slight decrease in working time. 47% of artisans say they work 6 to 7 days per week against 54% in 2019. And for the second year in a row, the number of managers working more than 60 hours per week is down (18% against 21% in 2019).

The confinement in mid-March had a strong impact on the leave of business leaders. Thus, 48% say that the health crisis had an impact on their leave: 27% of them had to reduce it and 21% did not take any at all. 41% of business leaders took less than 2 weeks of leave compared to 30% in 2019. As a consequence, the perceived fatigue that sets in at the end of the year.

Despite the health crisis, the barometer also shows that, once again this year, craftspeople have a good perception of their state of health: 82% against 72% in 2019. The quality of sleep is also good for more people. one in two managers: 63% sleep between 6 and 8 hours per night: a figure that is close to that of the entire French population who sleeps on average 6:42 hours according to a survey conducted by Public Health France in 2017. In 2020, leaders who say they are quite or even very tired are less numerous (49% against 58% in 2019). An improvement to be qualified because 67% of them say they have sleep disorders.

Despite these rather positive perceptions, a first for four years, the number of managers often or very often declaring themselves to be stressed has increased and represents 60% of respondents. If for seven years, the results of the barometer warn about the stress of the managers of craft companies, the emotional state of the managers this year seems mainly affected by the health situation. It should be noted that business leaders whose sustainability of their business is threatened are more likely to be often or very often stressed (82%).

The burden of administrative procedures, the workload, the constraints of deadlines continue to weigh on craftsmen since more and more of them perceive their work as being mentally demanding. A burden that encroaches on their private life since they are still 85% to have difficulty finding the right balance between professional and private life. However, when these constraints are cumulative, there is a risk that this “over-investment” is harmful to the health of the craftsman and results in emotional exhaustion which can lead to “burn-out”. This is the situation of 32% of respondents this year who say they have encountered psychological difficulties during the year 2020.

On the positive side, more and more artisans are daring to share their discomfort. But much remains to be done. This is why the CAPEB, the CNATP and their innovation hub IRIS-ST have continued their prevention policy with those around business leaders, especially spouses, so that they know how to detect discomfort and help them if needed.

At the end of 2020, the majority of respondents say they still managed to draw one or more positive elements from this health crisis. First of all, an update of the administrative part of their business for 34% of them. For others, this crisis has made it possible to reflect on their activities, in particular to develop into new markets. 75% of artisans even say they have good morale.

This positivity is explained in particular by the fact that the building sector did relatively well after the 1st confinement with a rapid resumption of activity. In addition, 76% of respondents felt helped and accompanied by the various support mechanisms put in place by the public authorities but also in the implementation of the health measures necessary for the pursuit of their activity. Business leaders say they have been helped mostly by their accountant (69%) and professional organizations (66%).

Jean-Christophe Repon, President of CAPEB, declares: “The health of business leaders is a crucial issue, the development of which we scrupulously monitor each year using our barometer. This edition was special because it was conducted in a context of a health crisis which weighed on the health of our business leaders. While the majority state that their activity is satisfactory, we note a slight decrease in their optimism linked to the uncertainty of the evolution of the pandemic in the coming weeks. We obviously remain alert on the state of stress still high among business leaders. The excellent news is that this year we are seeing a real freedom of speech from our artisans who are more inclined to get help. The result of long-term work, we will obviously continue our information work to support our craftsmen as much as possible in their daily lives! "

Cécile Beaudonnat - Head of health and safety issues at CAPEB, adds: "The role of the media, which has widely discussed the psychological consequences of confinement, has certainly unblocked certain taboos among certain business leaders who have not hesitated to talk about it. "

Françoise Despret, President of the CNATP, Says: “The stress experienced by business leaders is often the result of overwork, cash flow difficulties or business uncertainties. On this last point, the confidence index of our business leaders measured during the last CNATP economic situation is worrying and the rare moments of discussion and conviviality in this trying COVID year are aggravating factors. This health crisis will nevertheless have made it possible to evoke even more this scourge of stress and to communicate on the possibilities of being supported. If the heads of craft companies work a lot, listen to each other little… they are beginning to open up to the possibility of getting help, aware that when they are doing well, the company is only doing the better. "