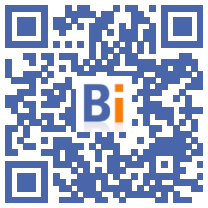 The French chemicals group Arkema announced on Tuesday the acquisition of the "Performance adhesives" activities of the American group Ashland, "on the basis of an enterprise value of 1,65 billion dollars" (1,4 billion euros ).

This operation, carried out by Bostik, a subsidiary of Arkema, number three in the world in industrial adhesives, is part of a strategy of refocusing on the specialty materials of the French chemical group.

The buyout should be effective "within four to eight months," a spokesperson for the group told AFP.

For Arkema, the operation "financed 100% in cash" should make it possible to "revise upwards the 2024 profitability target" of its Adhesives segment "which is now targeting an EBITDA margin of over 17% and a figure of 'business of more than 3 billion euros, "the group said in a statement.

Arkema believes that the transaction will also "create a lot of value" for its shareholders, "with a net profit per share which should increase by 1 euro by 2026".

Ashland Performance Adhesives, which employs 330 people and operates 6 production units primarily in North America, is a major player in pressure sensitive adhesives in the United States, for decorative, protective and signage films for automotive and building. It is also a leader in the bonding of construction timber, and offers a range of adhesives for flexible packaging.