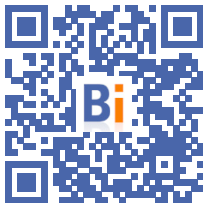 Nearly a fifth of the 750.000 net job creations over the past year are due to apprenticeships, according to INSEE, which partly explains the rise in the youth employment rate but not much for the drop in unemployment, unlike to what Jean-Luc Mélenchon asserts.

By publishing its final figures for salaried employment in the first quarter of 2022 (+0,3%) on Thursday, INSEE dropped a small bombshell by announcing that it had revised sharply upwards (+240.000) net job creations, already high over the past two years.

“Almost a fifth of this increase over one year is explained by the dynamism of work-study contracts, in particular in apprenticeship”, underlines INSEE.

In question, a methodological change which leads INSEE to integrate work-study students (beneficiaries of an apprenticeship or professionalization contract) in its short-term changes in employment, which the Institute has not done so far.

However, work-study students, who are employees, “unambiguously fall under employment, according to the definitions of the International Labor Office (ILO)”, underlines INSEE.

"As apprenticeship has increased sharply in 2020 and especially in 2021", this revision leads to the recognition of 240.000 additional job creations between the end of 2019 and the end of 2021", announces the Institute.

This almost doubling is explained both by the 2018 reform, which liberalized apprenticeship in terms of entry conditions and training offer, and by the aid decided during the crisis - 5.000 euros for the hiring a minor, 8.000 for a major-- and extended until the end of the year.

If the professionalization contract has decreased over the same period, from 218.700 to 120.600, the total increase in work-study contracts remains spectacular.

Does this mean that the drop in unemployment, and in particular among 15-24 year olds (down 4,5 points over one year), is due to the increase in the number of apprentices?

This is the thesis defended by the leader LFI Jean-Luc Mélenchon who considered Tuesday on France Inter that "unemployment is masked by the use of apprenticeship" and that apprentices "are not hired".

In the first quarter, the unemployment rate stood at 7,3% of the active population (-0,8 points over one year), its lowest level since 2008. It is not only falling among young people but also among 25-49 years (-0,7 over one year) and remains stable among seniors (over 50).

"Mélenchon takes himself for Insee"

“Mr. Mélenchon takes himself for Insee (…), except that he says things that are false since unemployment is falling”, quipped Thursday morning the Minister of Labor Olivier Dussopt on LCI. For him, it is also "an abyssal contempt" to "tell people who are learning that they do not have a real job".

In its latest economic report, INSEE recognizes that "the sharp increase in the number of work-study contracts clearly supports the increase in the activity rate and the employment rate of young people".

But this also means that nearly half of the increase in this employment rate is linked to contracts other than work-study (CDI, CDD, etc.).

The impact on the fall in unemployment is more limited because the majority of apprenticeship contracts are not made by job seekers but by students. "In 2020, 53,9% of new apprentices were studying before the start of the contract and only 28,1% were already in apprenticeship or job seekers", according to INSEE.

According to the latest figures published by Dares, in July 2021, one year after leaving their studies, 69% of apprentices and 49% of vocational high school students from CAP to BTS level were in paid employment in the private sector.