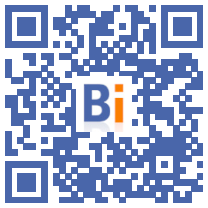 Several associations and unions have filed an appeal before the administrative court of Montreuil to demand the cancellation of the prefectural decree which declares of public utility the project of the Grand Paris-Nord university hospital campus, planned for 2028 in Saint-Ouen, learned Wednesday, May 18, AFP.

The applicants, SUD Santé Solidaires AP-HP, the Inter-Hôpitaux collective, the Inter-Urgences collective, the local residents' collective "Not that, not there, not like that!" and representatives of users have asked to cancel the decree of March 14 from the prefect of Seine-Saint-Denis Jacques Witkowski, according to the appeal filed on Friday and consulted by AFP.

They believe that the Assistance Publique-Hôpitaux de Paris (AP-HP) "did not provide a satisfactory response to the three reservations" issued by the investigators in their opinion.

They relate to "the reception capacity of the hospital", "the conditions of access for emergency vehicles" and "the presence of a maternity service in the hospital".

With a capacity of 900 beds, the future Grand Paris-Nord hospital will replace the current Bichat hospitals in Paris and Beaujon hospitals in Clichy (Hauts-de-Seine) and will also house teaching and research activities.

Carried by the AP-HP and the University of Paris for an estimated cost of 1,3 billion euros, the campus is planned for 2028 and will be installed on the site of the former PSA factory in Saint-Ouen.

"How to consider a project of public utility which will lead to the disappearance of hundreds of beds compared to the current offer?", Protests Olivier Milleron, cardiologist in Bichat and member of the Inter-Hospitals collective.

Opponents call on "the new Minister of Health to take a position quickly on this emblematic file and prove that saving the public hospital is finally becoming a priority for the government".

Asked by AFP, the project owners University of Paris and the AP-HP were unable to comment "without knowing the exact content" of the appeal.