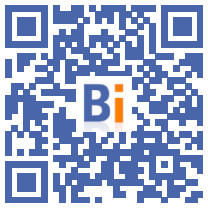 The acquisition of a property in Provence by the American actor George Clooney, in Brignoles in the Var, is being challenged in court by the lawyer of another purchaser who claims to have bought it before for 6 million euros, we learned from the Draguignan prosecutor's office on Monday.

"In the event that the seller overrides and nevertheless sells the property with the assistance of a notary to a third party, in this case Mr. Clooney, there will be uncertainty over the property as long as the Draguignan court n 'will not have decided, that is to say within a period of one to four years, "said Mr. Guy Azzari to AFP, confirming information from Var-Matin.

"The court was indeed seized in March of a summons under the constitution of Me Azzari against the selling owners", specified to AFP the public prosecutor's office of Draguignan, specifying that in this civil procedure, "the lawyers of the parties will exchange their documents and conclusions before the file is ready to be fixed for pleadings at a public hearing, which will take at least several months ".

The town hall of Brignoles announced last Thursday that the American actor would become the most famous citizen of the town by buying the Canadel estate, which houses an 18th century bastide, with lake, swimming pool, tennis courts, vineyards and olive trees, at a Long half-hour drive from two other Hollywood stars, producer George Lucas, owner since 2017 of Château Margüi in Chateauvert and ex-couple Angelina Jolie and Brad Pitt, since 2008 at Domaine du Miraval in Correns.

However, reveals Me Azarri in his summons, his client had responded in August 2020 to an announcement of a luxury real estate consultant for a castle, the famous Domaine du Canadel. Listed for 6,9 million euros, he claims that the sale was made on August 17 for 6 million euros, with signature before a notary scheduled for November, before the sellers, a very wealthy and very elderly Australian couple residing in Monaco, do not ask for an extension to 6,2 million euros and then retract.

The summons quotes the announcement passed in August which details the advantages of Domaine du Canadel, in addition to the possibility of planting 21 hectares of additional vines and several dozen hectares of almond trees. The property with its 940 m2 castle derives income from the operation of a solar park and a quarry and "the town hall is in favor of granting a building permit for a luxury hotel".