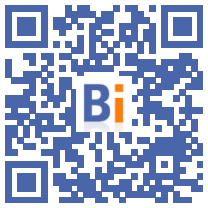 The complex relations between the PS mayor of Paris Anne Hidalgo, presidential candidate, and his EELV allies were again strained on Wednesday, the latter denouncing a "communication sequence" on the ecological transition.

Planting of 170.000 trees, energy renovation of buildings, new master plan for the heating network, fight against noise pollution, end of plastic in canteens: "Paris is always one step ahead and Paris sets the tone", said Ms. Hidalgo by presenting to the Paris Council a set of 16 deliberations on ecological transition.

"We wonder about the sequence of communication that you impose on us today", commented Fatoumata Koné (EELV), for whom this "superposition of subjects in one and the same debate" forced the municipal council "to treat them at the same time. haste".

"This does not seem to us to be up to the challenge of the necessary ecological and climatic transformations," added the president of the environmental group, Yannick Jadot's support for the presidential election.

Criticizing the urban forests promised by Ms. Hidalgo, "very expensive", Chloé Sagaspe (EELV) also denounced "a major environmental communication operation which one can wonder if it does not respond more to media and electoral purposes rather than to real ecological ambitions "for the capital.

"I am very surprised by your words", replied Ms. Hidalgo to Ms. Koné, defending "concrete decisions", "budgeted and framed", and reproaching her for sparing the 30 billion euro stimulus plan announced Tuesday by the executive, which "is not there" to help communities, "some led by elected green".

"It does not shock you, you prefer to be applauded by the Republicans?" Asked Ms. Hidalgo, who is due to receive the support of the Socialist Party for the presidential election Thursday. "Choose your fights, your partners and also your opponents."

"It's your campaign, we understand", launched Rachida Dati (LR), pointing to "risks on the technical and financial feasibility" of the master plan of the heating network and a target of 75% renewable energy for 2030 "untenable".

"You are at 4%, subscribed to 4% and you will not go further," said Ms. Dati in reference to the polls most unfavorable to Ms. Hidalgo, accusing her of making the Council of Paris "a forum for ( his) desperate and hopeless election campaign. "

Since the re-election of Anne Hidalgo in June 2020, tensions have been recurring within the left-wing majority, as on 5G or urban development projects.