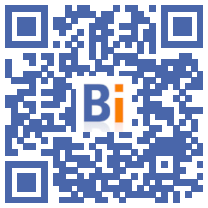 The Banque des Territoires, the Habitat subsidiary of the Caisse des dépôts and the private property company Frey announced on Tuesday the creation of an investment company to create housing in commercial areas at the entrance to the city.

"The Frey Group, the Banque des Territoires and CDC Habitat are setting up a land portage and land consolidation vehicle whose purpose is to contribute to the transformation of these peri-urban commercial areas into new mixed-use districts, perfectly integrated into their territory. and responding to today's major climate challenges", announced the three entities in a press release.

Created for a period of 20 years, this vehicle will invest, in an initial "experimental" period of three years, 200 million euros. Half will be borrowed, the rest being provided by the three partners (40% for the Banque des Territoires, 30% for the other two), Olga Chaufray, head of commercial real estate investments at Caisse des dépôts, told AFP.

"The areas we are targeting are city entrances to large agglomerations, because the prerequisite for this kind of project is the need for housing. We are going to target areas with high levels of housing, connected to transport , and already very urbanized, with, therefore, potential for housing development", she said.

Concretely, the company will buy assets in the commercial areas, continue to rent them for about five years, the time to establish a transfer project, then demolish and have developers rebuild them.

Reconstruction on already built-up areas is a key element in respecting the principle of "zero net artificialisation", enshrined in French law which requires the newly urbanized surface to be halved every ten years.

It will also be, say the partners, "to deal in particular with the urban and architectural dysfunctions of the city entrances", qualified by their detractors as "ugly France".