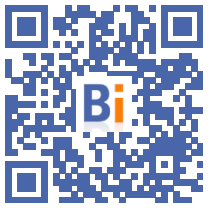 Justice opened in June a preliminary investigation for "favoritism" around the concession on which the Triangle Tower is to be built in Paris, which for years has aroused fierce disputes, posing a new threat to its realization.

This investigation was opened to the National Financial Prosecutor's Office (PNF) for "favoritism" and "concealment of favoritism", told AFP a judicial source, confirming information from the Parisian.

The LR mayor of the 2020th arrondissement of Paris Rachida Dati had made a report to the justice on this project in July 2021 while the Anticor association had filed a complaint with the constitution of civil party in February XNUMX.

Both Ms. Dati and Anticor relied on a report from the Ile-de-France regional chamber of accounts of July 2020 concerning the Porte de Versailles exhibition center, located in the south of the capital.

This report estimated that the project of the Triangle Tower, a building planned to be 180 meters high and 42 floors, had been "inserted in a criticism way within the enclosure of the Parc des Expositions of the Porte de Versailles".

In addition, to carry out this project, the city of Paris agreed to compensate the concessionaire of the exhibition center, Viparis (a subsidiary of Unibail-Rodamco), up to 263 million euros "for undemonstrated damage", she also pointed out.

The city admittedly terminated its concession early, but awarded it a new contract allowing it to continue to operate the facilities. This contract was awarded "under partly questionable conditions", also underlines the report.

In addition to short deadlines for submitting bids, given the complexity of the project, the city of Paris asked candidates for an entry fee of 263 million euros. She accepted that Viparis pays this sum by "waiving the compensation for early termination of the concession", while the other candidate had to "self-finance" this entry fee, according to this source.

The City of Paris "has thus deprived itself of a net resource while causing a distortion of competition for the award of the new contract", observed the regional chamber of accounts.

Contacted by AFP, the mayor of Paris said "take note today" of the existence of the investigation, stressing that a "previous complaint lodged in 2018 by two associations opposed to the project" had " resulted in no prosecution ".

The City says it has "scrupulously respected the rules of law applicable in this case".

For its part, Unibail-Rodamco Westfield and its subsidiary Viparis indicated "formally contest the baseless allegations made against it", in two reactions sent to AFP.

"(We) regret the disclosure of information relating to an ongoing investigation, damaging its image and reputation, and the confusion made with the Triangle Tower," added the parent company.

Elise van Beneden, president of Anticor, denounced the "enormity of the assembly" and affirmed that the mayor of Paris had embarked on this project against the advice of its own legal department.

The idea for this project was born in 2008 under the mandate of the socialist mayor Bertrand Delanoë, of whom Anne Hidalgo, who succeeded him in 2014, was then the urban planning assistant. It was first rejected in November 2014 and then approved with a few modifications by the Paris Council on June 30, 2015, by a narrow majority.

According to a source familiar with the matter, an investigation into the building permit for the tower was closed in 2018.

In May 2019, seized of several appeals, the administrative court had validated this permit. But while the foundation stone for the tower was due to be laid before 2020, with a view to opening before the 2024 Olympics, the project was delayed.

Can he now be buried?

In addition to the legal consequences, there is the question of the economic profitability of such a project in the post-Covid era, a few weeks after the abandonment of another large disputed Parisian site, that of the Gare du Nord.

In an interview with AFP at the end of September, Emmanuel Grégoire, deputy for town planning at the town hall of Paris, had estimated that the tower was "ready to be launched", seeing in it a "very good signal for the attractiveness of Paris ".