An architect of the Paris climate agreement pleads not to "let go" of the +1,5°C objective 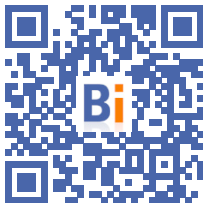 Even if the chances of not exceeding a warming of 1,5°C are dwindling, we must not "let go" of this most ambitious objective of the Paris agreement, pleaded at COP27 Laurence Tubiana, one of the architects of this global climate agreement.

Question: Some experts believe that there is currently no credible way to limit warming to 1,5°C compared to the pre-industrial era. Is this goal dead?

Answer: Yes it's dead in the sense that we will very probably exceed this temperature level unfortunately, what is called the overshoot (exceed the threshold then come back to it later by absorbing carbon in the atmosphere, editor's note).

But that we say "+2°C is acceptable", first of all scientifically it is not true, we see it today with only a temperature which has increased by 1,1°C or 1,2 °C. There is a way of denying the problem, of postponing it, and that is very dangerous. We know that every tenth of a degree counts so I am in favor of keeping this objective even if we are much less likely to respect it, and that if we exceed it, we will have to come back one way or another. below, make increased efforts to capture carbon.

If we give up there, we will do less. It is a political signal.

Q. The signatories of the Paris agreement committed a year ago to strengthening their targets for reducing greenhouse gas emissions to "keep alive" the 1,5°C target. Only about thirty did. Are the states up to it?

A. The countries have committed to doing it, they should have already done it in 2020. We must protest against that, say that it is not acceptable. It's true that with the Covid crisis and crises in all their forms, food, energy, we can understand that attention has been diverted. It's true that there have been a lot of headwinds, but we still have to keep up the pressure and show the real impact that climate change is already having. This is no longer a distant or future problem, it is unfortunately there. We have to keep pushing. We need pressure, since there are no sanctions.

Q. The EU told COP27 this week it was ready to raise its net emissions reduction target to at least 57% by 2030 compared to 1990, from at least 55%, drawing criticism from NGOs considering this insufficient.

A. The lawsuit is a bit excessive, because the EU is particularly affected by this war (in Ukraine).

Even with the Covid, there was no slippage, saying to ourselves "we are letting the climate down". For the moment, because there has been a lot of citizen mobilization, of perception of the urgency of action, we have not gone off the rails, but climate diplomacy during this time, it has stopped. We talk about missiles, who delivers weapons to whom or cereals, but not about the climate. There is a fairly flagrant lack of international leadership.