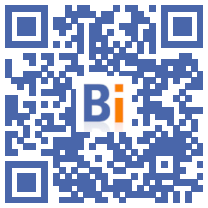 An agreement to compensate the victims of the explosion in the rue de Trévise, in Paris, was found Monday evening, two days before the commemoration of the tragedy, announced Tuesday the City, which will provide it to the tune of 20 million euros , and victims' associations.

"All stakeholders have validated the drafting of the framework agreement for compensation for victims", announced in a statement the City which convenes an extraordinary Council of Paris on Monday January 17 in order to submit it to its elected officials, last step before Signature.

"The agreement contains" recognition of the exceptional nature of the explosion under terms which remain confidential, "Emmanuel Grégoire, the first deputy (PS) of the mayor Anne Hidalgo, told AFP.

On January 12, 2019, a very loud detonation caused by a gas leak had blown this street in the 4th arrondissement of the capital, killing 66 people and injuring 400. About XNUMX residents had been affected.

Gathered Tuesday morning in a cafe facing 6, rue de Trévise, a damaged building in front of which the explosion occurred, the representatives of the victims' associations welcomed an "agreement in principle" that they had been waiting for "for weeks, even years now, "said Linda Zaourar, president of Vret (Victims and survivors of the explosion in the rue de Trévise).

This agreement will cover "extra-legal costs" not covered by health insurance and mutuals, explained the one who was director of two hotels located opposite 6 rue de Trévise.

It was in one of these establishments that Laura, a Spanish tourist, was killed in the explosion. Thanks to the agreement, her three orphan children, then aged "4, 6 and 9 years old", will obtain the status of victims and "benefit from a support for their psychological care", argued Linda Zaourar.

"Operations were canceled because they cost too much for the victims," ​​said Ms. Zaourar to explain the interest of the framework agreement.

The City, indicted in the criminal section of this case, had for months been under pressure from associations of victims who accused it of "playing for time", while the contribution of the other parties involved, in particular the property manager. also indicted and the gas distributor GRDF, remains confidential.

"What we really regret is having waited three years," said Linda Zaourar. "We depend on an electoral calendar and it is unfortunate."

Anne Hidalgo "has always expressed her willingness to participate by any means in the compensation of victims," ​​says the City, which recalls a letter sent on November 5, 2020 to Prime Minister Jean Castex.

Emmanuel Grégoire announced in early October that the City would add 20 million euros to the compensation fund "without presuming his guilt". This sum is a "first step", he declared.

"This sum should in no case be a ceiling", insisted Sophia Seco, general director of Fenvac (National Federation of Victims of Attacks and Collective Accidents), while the estimate of the total property damage and bodily injury reached, according to the victims, 200 million euros and that the contribution of insurers remains unknown.