An acoustic shield against the urban din in Singapore 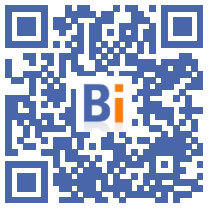 Researchers in Singapore are testing an "acoustic shield" that neutralizes the urban noise in an apartment using loudspeakers placed in front of an open window.

This amounts to "using noise to fight noise," Gan Woon-Seng, who heads the research team on the project at Nanyang Technological University in the city-state, where many residents, told AFP. complain about noise pollution.

Twenty-four small speakers are mounted on a metal grill in front of an open window to create what researchers call an "acoustic shield."

When a noise - traffic jam, metro train, ... - is detected, the system generates sound waves which neutralize the sounds entering the apartment.

Another advantage, "it also allows ventilation and natural light" to enter the home and thus reduces the use of air conditioning, added the researcher who has installed a prototype in his laboratory.

The system can reduce noise by up to 10 decibels and is best suited for sounds such as those emitted by trains or construction sites. But it is ineffective against unpredictable nuisances, such as the barking of a dog.