A luxury chalet, abandoned in Courchevel, bought for 24 million euros 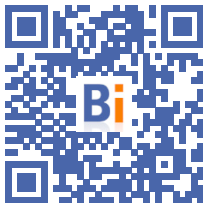 A luxury chalet in the Courchevel resort, whose abandoned site for several years opposes a Corsican promoter and a Russian oligarch, was bought up at auction for 24 million euros on Friday before the court in Albertville (Savoie) .

The sale was made on behalf of Russian Nikolai Sarkisov, a regular in Courchevel who made his fortune in insurance.

In 2010, he joined forces with the Corsican François-Xavier Susini, owner of restaurants in the resort, to build Apopka, a 2.753 square meter palace comprising eight rooms with sauna, jacuzzi, swimming pool, gym, bar-lounge and private cinema.

Mr. Susini was responsible for finding the land and obtaining the building permit, while Mr. Sarkisov financed the operation through bank loans, each ultimately having to own half of Apopka and profit from his location, according to their agreements.

The chalet should have welcomed its first customers in the winter of 2015, at a price of 300.000 euros per week at the height of the season. But the site has been delayed and the atmosphere has turned sour between the two men who have since been opposing the courts.

As part of their dispute, Mr. Susini took over full ownership of Apopka but Mr. Sarkisov got the chalet seized and put up for auction in order to recover its stake.

Friday afternoon, a lawyer successfully bid 24 million euros on behalf of a company behind which it is "likely" that the Russian "is hiding", according to the lawyer of Corsica, Maurice Lantourne.

"I do not endorse this information," Me Didier Camus, the lawyer who made the offer, told AFP. After he himself auctioned the cottage on behalf of Mr. Sarkisov.

On paper, it was a "Mascara Courchevel" company that bought Apopka. The commercial register indicates that it is administered by two women, linked to Russian companies, according to a source familiar with the matter.

The case is far from settled between the two men who clash in court around another chalet, Owens, which they had built in Courchevel for 14 million.

"Mr. Sarkisov wants the butter and the money of the butter, he has a belligerent will instead of finding an amicable arrangement which would allow an exit from the top", estimates Me Pascal Garbarini, who intervenes for Mr. Susini in civil proceedings initiated in Paris.

The name of Mr. Susini has appeared in recent months in another case, criminal this one, as revealed by Le Monde. Educated in Marseille, he deals with suspicions of money laundering by the Corsican criminal gang known as the "Petit Bar".

Among the targeted transactions is an investment of 1,4 million euros in a real estate project led by Mr. Susini in Courchevel, carried out by a wealthy businessman, Jean-Pierre Valentini.

The latter was indicted because investigators suspect an illicit origin of the funds, a third man close to a figure of the "Petit Bar" having intervened in the case.

Mr. Valentini denies completely, the origin of the money being "indisputable" and its allocation "justified to the euro", according to Me Lantourne who defends it. Mr. Susini was also indicted and also disputes the facts, according to his lawyer in this case, Me Margaux Durand-Poincloux.