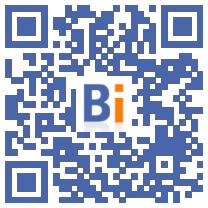 From Serbia to Azerbaijan and Georgia, countries in Eastern Europe and Central Asia have made unprecedented progress in renewable energy, but not enough to limit their dependence on fossil fuels imported from Russia. , according to a recently published report.

The 17 countries studied, plus Kosovo, now host a total of 106 gigawatts (GW) of renewable capacity, including 21 GW installed over the 2017-2021 period alone: ​​solar and wind power in the lead, but also hydroelectricity, geothermal energy, bioenergy , etc., indicate the UN Economic Commission for Europe (UNECE) and the network of experts REN21.

“Significant” progress, at least 15 of these countries have adopted national objectives, and four are even aiming for carbon neutrality, note the authors of the report.

The country is followed by Kazakhstan (3,7 GW installed) and Russia (3,5 GW, 20th in the world for investments in renewables in 2019, with 2,3 billion dollars).

However, this vast group remains very dependent on fossil fuels, and also on a limited number of suppliers, Russia in the first place.

In addition, due to the Russian invasion of Ukraine, 90% of Ukrainian wind turbines and 30% of photovoltaic panels were shut down in June, thus greatly reducing the renewable capacity of the entire region.

For the authors of the report, these regions are at "a critical moment", the rise of renewables can foster flexibility, independence, or even energize communities and communities.

"Growth in renewables up to 2021 was driven by supportive policies and falling technology costs, but now it's a matter of energy security," said Rana Adib, director of REN21, for whom "getting away of fossil resources has never been so vital for the region".

According to her, "the invasion of Ukraine and its indirect effects on neighboring countries affect renewable production in the short term. At the same time, it shows the benefits of a rapid energy transition, which could generate a jump in installations renewable".

“Amplifying investments in renewables is crucial to strengthen energy security and the ability to access energy, in light of the shocks linked to the conflict in Ukraine”, abounds the executive secretary of the UNECE, Olga Algayerova, quoted in the same press release.

Energy efficiency can also be improved, say the authors of the report, who call for more investment, the establishment of national supply chains and regional cooperation.