Altarea suffered in 2020 from the postponement of major deliveries 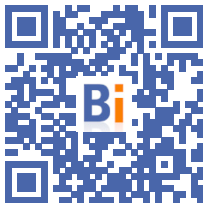 The real estate group Altarea suffered in 2020 from the health crisis which caused the postponement of major deliveries in commercial real estate and affected its recurring net income (FFO) down by more than 20%, announced Thursday the group which intends to resume its growth in 2021.

Altarea's turnover amounted to nearly EUR 3,1 billion (-1,7%) "driven by growth in Housing (+ 5,3%) which offset the drop in net rents in Trade and that of the business real estate activity, "said the group in a press release.

The recurring net income Group share (FFO, a key indicator of the group's performance) amounted to 230,3 million euros, down -21,4%, specifies the group which adds that it is "compliant forecasts communicated in July ".

"The decrease comes mainly from our offices division" with "very large cases which were behind schedule" with the stoppage of construction sites during the first confinement including "Bridge", the future Orange headquarters in Issy-les-Moulineaux, as well as the "Eria" project at La Défense, which will be occupied by the future Cybersecurity pole, but "these results are postponed to 2021", explained to AFP Eric Dumas, general manager in charge of the group's finances.

"The main reason for satisfaction is the performance of the housing," he continued.

This activity, the main activity of the group, reached a turnover of 2,4 billion EUR, up 5% compared to 2019.

As is the case with most developers, Altarea has this year sold a lot of homes to institutional buyers, with lower margins but significant savings on transaction costs.

According to the group, the recurring net income (FFO) "should resume its growth path in 2021, subject to no significant worsening of the health situation".

"The second half of the year should benefit in particular from the lag in commercial property results," he said.

"This confidence is materialized by the proposal for a dividend up 5,6%", specifies the group.

On its Retail activity, the rent collection rate for 2020 amounts to 77%, specifies the group which, like its competitors, negotiated a waiver of two months' rent with in return an extension of leases by 2,6, XNUMX years on average.