Altarea signs an agreement for the acquisition of the Primonial group 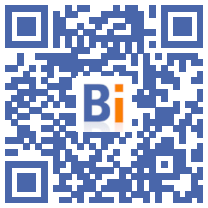 French developer Altarea announced on Friday that it had reached an agreement to buy Primonial, a group specializing in real estate savings and management of real estate assets, with a view to creating a European heavyweight in real estate investment and development.

"Altarea announces that it has today concluded with the shareholders (Bridgepoint, Latour Capital, Société Générale Assurances) and the management of the Primonial group the final agreements relating to the acquisition" of the latter, the buyer said in a press release.

Until then, this transaction remains subject to the usual conditions precedent in the matter, in particular the agreements of the Financial Markets Authority and the Financial Sector Supervisory Commission, and the approval of the Competition Authority.

Altarea announced at the end of June that it had entered into negotiations for the acquisition of Primonial.

The new group thus formed expects to be able to intervene, as investor and developer, on the entire real estate value chain and on all asset classes, Altarea explained at the time.

At the end of the buyout process, the entire management team of the Primonial group will remain unchanged and will retain its decision-making autonomy within the new group, the buyer also assured.

Altarea has seen its place grow in the last few years in the French real estate landscape, where it is now the second developer behind its competitor Nexity.